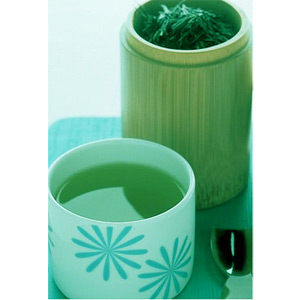 A new study has found another benefit of drinking green tea. Besides lowering prostate cancer risk and protecting the bladder from getting inflamed, this tea has been found to assist antibiotics to fight resistant super bugs, making antibiotics up to three times more effective.

Mervat Kassem of Alexandria University in Egypt, “We tested green tea in combination with antibiotics against 28 disease-causing micro-organisms belonging to two different classes.”

“In every single case green tea enhanced the bacteria-killing activity of the antibiotics. For example the killing effect of chloramphenicol was 99.99 percent better when taken with green tea than when taken on its own in some circumstances,” he added.

Green tea was also found to make 20% of drug-resistant bacteria susceptible to one of the cephalosporin antibiotics. These are important antibiotics that new drug resistant strains of bacteria have evolved to resist.

The researchers were surprised with the results of this study which showed that in almost every case and for all types of antibiotics tested, drinking green tea at the same time as taking the medicines seemed to reduce the bacteria’s drug resistance, even in super bug strains and increase the action of antibiotics.

In some cases, even a very low concentration of green tea was found to be effective.