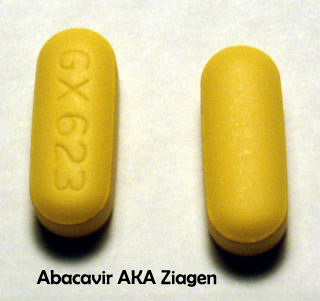 Abacavir AKA Ziagen, a well-known anti-HIV drug may perhaps help against HIV but on the other hand ironically increases the risk of heart attack, reveals a new study. The anti-retroviral drug, which is used in several anti-AIDS regimens worldwide, is now under scrutiny after Danish researchers discovered that it almost doubled patients’ chances of heart problems.

The study which appears in the latest online edition of The Lancet medical journal has European experts stating that patients may perhaps want to consider changing treatment programs after studying over 33,000 patients using the drug. On the other hand, another drug called Didanosine also increased the heart attack risk by about 50 percent.

Jens D. Lundgren of the University of Copenhagen and colleagues analyzed data gathered from over 33,000 HIV positive individuals across Europe, the United States and Australia. The patients were enrolled in the study for six years, from 1999 to 2005.

It was concluded that patients on Abacavir had twice the chances of a heart attack compared to patients on other anti-retrovirals. On the other hand, individuals taking Videx had a 50 percent higher chance. The risk disappeared six months after patients stopped the administration of the drugs.

While Abacavir is made by GlaxoSmithKline PLC; Didanosine, or Videx, is a product from Bristol-Meyers Squibb. World Health Organization (WHO) recommends both the drugs for HIV positive patients.

Even though the Danish researchers did note that doctors should be aware of the cons of the drugs and the threat they pose towards heart attacks risks, they also stated that perhaps its pros could outbeat its cons and thus their administration shouldn’t be discontinued. It ideally should be stopped only as per doctor’s recommendations.

Currently the drugs are being reviewed by the US Food and Drugs Administration (FDA) and would make recommendations on the drugs after it completes its review.