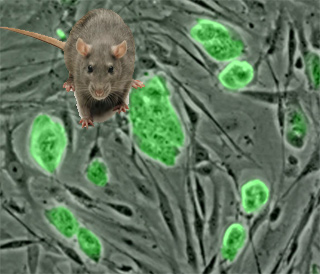 On conducting an experiment on laboratory labs, U.S. scientists have zeroed on to the conclusion that transplanted neurons from reprogrammed stem cells reduced symptoms of Parkinson’s disease.

According to lead author Marius Wernig of the Whitehead Institute for Biomedical Research in Cambridge, Mass., this is the very first experiment showing that “reprogrammed cells can integrate into the neural system or positively affect neurodegenerative disease.”

Researchers in Rudolf Jaenisch’s lab demonstrated that the brains of mice with a human sickle-cell anemia disease trait could be successfully treated with skin cells that had been reprogrammed to an embryonic stem cell-like state, noted Whitehead.

In addition, the experts along with scientists from the Harvard Medical School discovered that in vitro reprogrammed cells can be used as a standard to treat Parkinson’s disease.

“It’s a proof of principle experiment that argues, yes, these cells may have the therapeutic promise that people ascribe to them,” stated Jaenisch.

The latest findings appear in the online early edition of the Proceedings of the National Academy of Sciences.