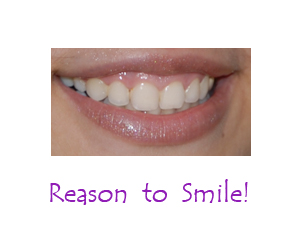 The dentist chair is truly quite a nightmare for any and everyone. You may 8 or 80 – this is one hot seat that no one likes to be seated in. And of course one of the most common reasons that takes us there is that sizeable hole in the mouth – the cavity. The one thing that our parents always insisted on was “Brush your teeth after every meal!” well we may perhaps not have to tell our children the same. Here’s some hope now!

Children in Venezuela who ate a special cavity-fighting candy showed 62 percent fewer cavities as compared to those who brushed their teeth regularly.

The study was essentially carried out to investigate the effectiveness of BasicMints, an experimental fluoride-free treatment developed to replicate a component in the human saliva that neutralizes acids in the mouth that can wear down tooth enamel.

The active compound in the mints known as CaviStat has been developed by experts at Stony Brook University School of Dental Medicine. 200 children in Venezuela aged 10 1/2 to 11 who were getting their adult molars but still had some baby teeth left, were given CaviStat for testing purposes.

After a year’s time, it was seen that the half who took the cavity-fighting mints had 61.7 percent fewer cavities than the placebo group.

Speaking about it, Mitchell Goldberg, president of Ortek Therapeutics Inc, a privately held company in Roslyn Heights, New York, that licensed the technology from Stony Brook said, “Unlike regular candies, we want this product to be stuck in the teeth.”

“Cavities affect the quality of life for millions of children every year by causing them pain, to miss school days and cost billions of dollars to repair annually,” noted Dr. Israel Kleinberg, the lead researcher and inventor of the CaviStat technology and Distinguished Professor and Founding Chairman of the Department of Oral Biology and Pathology at the State University of New York at Stony Brook. “This study shows for the first time that this new fluoride-free, cavity-fighting tool has the potential to significantly improve the oral health of children.”

“We are truly excited about the results demonstrated by BasicMints in this new study and are looking forward to working with the U.S. Food and Drug Administration to bring this new cavity-prevention technology to market,” continued Goldberg.

The study appears in the March issue of the Journal of Clinical Dentistry.