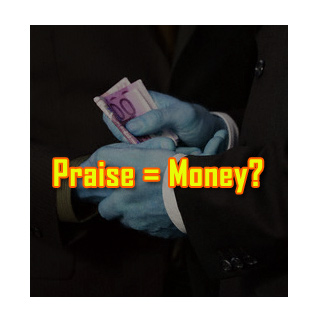 A new step towards understanding social behaviour of a person has been taken by two teams of researchers. One team led by Norihiro Sadato of the Japanese National Institute for Physiological Sciences and Keise Izuma of the Graduate University for Advanced Studies found that the excitement coming from creating a reputation for oneself by praising others and making money came from the same part of the brain. The other team led by Caroline Zink, National Institute of Mental Health, studied the parts of the brain that got activated after people processed information on their social status.

“We found that these seemingly different kinds of rewards — a good reputation versus money — are biologically coded by the same neural structure, the striatum,” said Dr. Norihiro Sadato. He and his team conducted an experiment that studied brains of 19 healthy people with the help of a brain imaging technique known as functional magnetic resonance imaging, or fMRI.

The experiment was divided into two sets where the first set was to map brain activity during monetary gains and the second set to map the brain activity during elevation of social status. The first set involved people gambling where they were told that one of the three cards would give out cash rewards. However the game was manipulated by the researchers to control the brain activity. In the second set the participants were told that they were being evaluated by strangers on the basis of the personality questionnaires filled by the participants and videos, that introduced themselves, were submitted by them. The strangers would evaluate them by writing a phrase or a word on each photograph of the participants which were then shown to the participants. This game was also manipulated as the strangers did not exist.

It was found that both, the monetary as well as rewards activated striatum in the brain which is associated with reward related matters. “Our findings indicate that the social reward of a good reputation in the eyes of others is processed in an anatomically and functionally similar manner to monetary rewards, and these results represent an essential step toward a complete neural understanding of human social behaviors,” concluded Sadato and colleagues.

Zink and his team’s first experiment involved a participant to play an interactive game against two other players where each of them was given a social status in an artificial social hierarchy. This experiment was also manipulated and the other players did not exist. The social hierarchy was kept stable in the first experiment unlike the second experiment where every time a player won his social status rose and he received pay offs.
During the games the participant’s brain was scanned by fMRI.

Zink and his team inferred that “our findings demonstrate that brain responses to superiority and inferiority are dissociable, even in the absence of explicit competition, both when encountering an individual of a particular status and when faced with an outcome that can affect one’s current position in the hierarchy. We hope that this research leads to identification of neural mechanisms mediating the enormous impact of social status on decision-making, health, and survival in humans.”

This finding is also important for determining a cure for neurological disorders related to striatum, like Parkinson’s disease which is often associated with excessive compulsive gambling, abnormal decision making. This study aims to figure out methods to manipulate striatum for the better of the individuals affected by its malfunctioning.