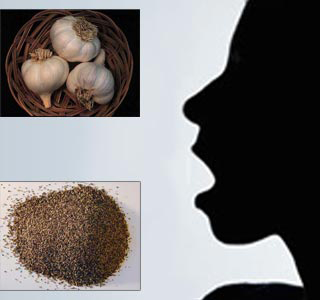 Asthma is an allergic condition resulting from the reaction of one or more allergens. The allergen attacks the respiratory system bringing broncho constriction, thereby making it difficult for the patient to breath. It occurs in 2.5 % of the global population. And about 60% of patients develop this allergy in childhood itself. This disease is more commonly found in advanced, industrialized, polluted countries as compared to tribal communities. It’s more common in men than women.

Asthma is Greek word meaning “panting or short drawn breath’’. Patients suffering from this disease appear gasping for breath. Actually they have more difficulty in breathing out than breathing in and this is because of spasm of air passage in the lungs. The effect is to blow the lung up because the patient can not drive the air properly out of the lungs before he has to take another breath.

Its onset is either abrupt or gradual. Sudden spells of coughing can be the first sign. When the onset is gradual, the attack is usually brought on by respiratory infections. A severe attack causes an increase in heartbeat and respiratory rates and the patient feels restless and fatigued. There may be coughing, tightness in the chest, profuse sweating and vomiting. There may also be abdominal pain, especially if the coughing is severe. The wheezing sound identified with asthma is produced by the air being pushed through the narrowed bronchi. All asthmatics have more difficulty at night, especially late nights/ very early mornings.

In the elderly, the recurring periods of distressing and often nocturnal cough, may occur after an upper respiratory infection, suggesting the late onset of asthma. Wheezing if not the original complaint, would have been noticed often by the patient or people around him. The lungs may appear normal when examined during the day, but serial measurements of peak expiratory flow rate several times a day and night if woken by cough will normally show the wide fluctuations characteristic of asthma.

It is mainly caused by allergy to pollen grains, food particles, fomites, animal hair, wheat dust, fungi etc. Foods such as wheat, eggs, milk, chocolates, beans, potatoes, pork, beef and prawns show higher rate of allergy. For others, asthma is a result of abnormal chemistry, involving systems enzymes or a defect in muscular action within the lungs. It can be aggravated by emotional stress, exertion and hereditary factors.

Drugs and inhalers have only a limited value in alleviating symptoms. Most of these drugs are habit forming and the dose has to be increased from time to time, thus making patient more dependent on them. The root cause, i.e., allergy has to be taken care of. The natural way to treat asthma consists of stimulating the functioning of slack excretory organs, adopting appropriate diet patterns to eliminate morbid matter and reconstruct the body, and practicing yoga-pranayam to permit proper assimilation of food and strengthen lungs, digestive system and circulatory system.

The patient should be given enema to clean the colon and prevent auto-intoxication. Mud packs applied to abdomen will relive fermentation caused by undigested food and will promote intestinal peristalsis. Wet packs should be applied to the chest to relive congestion of lungs and to strengthen them. The patient should be made to perspire through steam bath, hot foot bath, hot hipbath and sun bath. This will remove accumulated toxins and will also help in removing congestion of lungs.

The patient should fast for 3-4 days on lemon juice with honey. After fasting, he/she should start a fruit diet, but care has to be taken that acid forming foods are kept limited. More liberal use of alkaline food should be made, like green vegetables and germinated gram. Foods like rice, sugar, lentils, fried foods and curds should be avoided as it forms phlegm.

Asthmatics should avoid taking water with meals and should always eat less then their capacity to make stomach fire stronger and thereby hardly leaving any chance to form phlegm.

In acute cases, do no force the patient to eat. Warm water sips at frequent intervals will be helpful. 2 spoons of dry ginger powder are added in one liter of water, which is boiled for 10 minutes, and this water on cooling is supposed to be sipped every hour. This produces sufficient heat in the body to break down the mucus, dilate air passages and decrease congestion by reducing inflammation also.

The patient’s diet should contain regular use of black pepper powder and garlic. Both of them have mucus moving capacity thereby making breathing easier. Honey contains higher alcohols and ethereal oils and the vapors given off by them are soothing and beneficial to asthma patients. Honey usually brings relief when the air flowing over it is inhaled or is consumed with warm water/ milk. It tones up the pulmonary parenchyma and thereby prevents the production of mucus in future. It also aids in thinning mucus which has already been accumulated. Use of turmeric powder – half a spoon thrice a day with one full glass of water acts as anti-infective and anti inflammatory.

During an attack, mustard oil mixed with little camphor should be massaged over the back of the chest. This loosens phlegm immediately and eases breathing. Inhaling vapors of caraway seeds (ajwain seeds) after adding it to boiling water dilates the bronchial passage.

The patient should do breathing exercises twice a day at an empty stomach. After taking a deep breath (in a way that even the clavicular part of shoulder is raised up while inhalation), the patient should practice keeping the air inside the lungs, forcefully as long as possible, followed by very slow exhalation. This breathing exercise will increase lung capacity and dead space of the lung (upper lobe) will start functioning gases’ exchange. With this the lungs are strengthen, oxygen levels in body is increased, fast flow of blood eliminates mucus and dilated bronchus. Keeping air inside the lungs for longer periods improves digestion thereby providing good digestion and good absorption of nutrients.