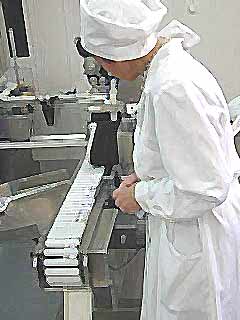 Science is progressing day by day, trying to advance existing technologies and invent new ones. Scientists have leaped a step forward again by inventing a technology that can boost efficiency of already existing antiviral vaccines. This technology was invented by Massachusetts’s biotechnology company, Cure Lab, Inc. and published in the journal Vaccine on April, 24, 2008.

The technology consists of combining two vaccine antigens. Each antigen will have two of its type which will be different with respect to their nature of fighting against viruses. The first type will fight by getting inside the organism’s cell (intracellular) and processed by proteosome that acts as a chopping machine inside the cell (degradation). The second type is chopping resistant i.e., proteosome resistant. This combination will create an even stronger immune system in one’s body which wouldn’t be possible or done effectively with the help of just one antigen. Thus scientists hope that this technology proves to be a deadly combination as it trains the immune system to identify and kill any viral infiltration in our body.

This technology will give rise to a vaccine that will help cells produce viral protein, which is surprising but true. Such a type of vaccine is called recombinant vaccine and hopefully will be the most efficient anti-viral and anti-cancer vaccines in recent times. The vaccines that are being currently used mostly need to be administered more than one time, the first shot being called as the prime shot and the following as boost. This is not to keep the effect of the vaccine running longer in our body but to activate different mechanisms of the immune system. Following this concept the scientists tested two different influenza virus proteins – virus M1 and virus NS1. Vaccines made from this combination of the chopping type (degradable) and the proteosome resistant gave better results, a better and stronger immune system. This helps to elevate the efficiency of prime and boost shots.

Although this technology was earlier thought of as the theory looked very simple – the proteosome cuts the viral proteins produced by cells with the help of recombinant vaccines and present the protein pieces to our immune system through our body cells thus stimulating it and increasing its efficiency – this theory could not be turned into practicality. According to Dr. Alex Shneider, Founder and CEO of Cure Lab, Inc., the proteosome couldn’t cut the proteins into pieces as they came in shapes and sizes that could not be chopped or ‘chewed’ by it, as per the hypothesis formulated by Dr. Shneider and his team. So they made changes in the structures of the viral proteins and changed their shapes after which the proteosome could effectively chew them.

Thus the theory today stands as a reality as the scientist have performed the practical of producing a highly efficient vaccine thereby increasing the longevity of human life by strengthening the defence centre – the immunity system in our body.