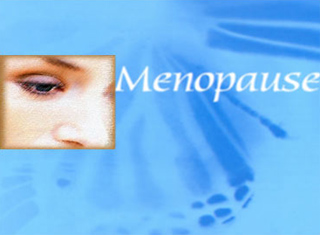 Most women do not exactly know as to when they would precisely reach the menopausal stage. However, the good news is that it may now be possible, as suggested by researchers in the Netherlands, who will now find out the menopause age of a woman through the levels of a hormone called anti-Mullerian hormone (AMH).

Researchers say that AMH would be helpful in identifying a specific woman’s reproductive age precisely more than her chronological age alone. The number of small follicles present in a woman’s ovaries is known through the levels of AMH in the blood. The monthly ovulations are ensured through this follicle stock which enables reproduction.

When there is a complete reduction in the follicle stock which occurs between 40 and 60 years of age – the menopause period starts. This research would be important for couples who are deciding to have a child, as researchers say that knowing the menopause period would have an impact on the couples.

“Couples often postpone childbearing until after age thirty, even though variation in menopausal age and corresponding variation in natural fertility means that some women are sterile as early as their thirties,” said Dr. Jeroen van Disseldorp and Dr. Frank Broekmans of the University Medical Center Utrecht in Utrecht, Netherlands.

He added “Knowing when menopause may occur could greatly impact childbearing decisions andour findings show that such knowledge may now be available from AMH levels”.

The study measured the AHM levels in 144 healthy, fertile women. The information collected was an average of mean AMH as a function of age. This data was used for getting the approximate number of the distribution of the age of menopause in the sample size of 3,384 women between the ages of 50-70 years.

It was difficult in predicting the menopause age in younger women. It was seen that the AHM levels were underrepresented at younger ages. And through a recent study in mice, it was concluded that mean AHM levels do not fall at young ages.

The researchers designed a model that could predict the menopause age for every woman based on the AHM level and age.

The study will appear in the Journal of Clinical Endocrinology and Metabolism (JCEM).