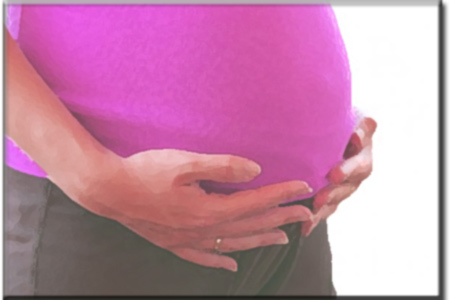 According to a report published on May 11, 2008 in the online issue of Nature, the COMT gene plays a role in preeclampsia besides playing a role in schizophrenia.

The researchers from Beth Israel Deaconess Medical Center (BIDMC) suggest that a steroid molecule, 2- ME might provide both a diagnostic marker as well as a therapeutic supplement for the cure of this perilous pregnancy disorder.

Senior author Raghu Kalluri, PhD and his colleagues have explained that around 5 percent of pregnancies worldwide have been typified by hypertension, proteinuria, and edema, preeclampsia which is the reason for the cause of maternal and neonatal morbidity.

During the screening for genes which regulate hypoxia, Kalluri and his colleagues said that placental hypoxia, or oxygen shortage, related with vascular dysfunction, is a hallmark of the condition.

“Seeing pregnant women with this disease in the clinic inspired me to dedicate our efforts to find likely causative genes that play a role in preeclampsia. During pregnancy, hypoxia is associated with the formation of new blood vessels,” says Kalluri, Chief of the Division of Matrix Biology at BIDMC and Professor of Medicine at Harvard Medical School.

“Interestingly, this enzyme contributes to the breakdown of estrogen into 2ME (2-methoxyestradiol), a metabolite that suppresses the activity of hypoxia inducible factor protein,” explains Kalluri. “We wondered if, in cases of preeclampsia, COMT was not functioning properly. In support of this hypothesis, we found that COMT levels were deficient and 2-ME levels were lower in pregnant women with preeclampsia.”

Subsequently the investigators also looked at genetically engineered COMT deficient mice; as assumed the animals couldn’t produce 2-ME. At 14 weeks growth the presumable equivalent of the start of the third trimester in human pregnancy; the animals had developed protein leak in the urine, high blood pressure and other issues with placental blood vessels linked with low oxygen levels.

Moreover the animals delivered a day or so earlier compared to normal pregnant mice and there were greater chances of stillborn pups. The mother’s health returned to normal when the pups were delivered.

Kalluri said, “The loss of 2-ME likely sets in motion a cascade of events culminating in preeclampsia. Disruption of COMT/2-ME led to elevated hypoxia, leading to angiogenic dysfunction and placental insufficiency, which then results in a further decrease in 2-ME levels.”

“Interestingly, the many diverse factors that have been identified in the recent years as elevated or suppressed in women with preeclampsia are fixed by 2-ME, suggesting that this action of COMT is central to proper vascular function in the placenta,” notes Kalluri. “This study offers the possibility of screening for COMT gene defects in pregnant women to predict preeclampsia.”

The authors administered 2- ME to the mice which resulted in a reversal of preeclampsia-like-symptoms in the final segment of the study.