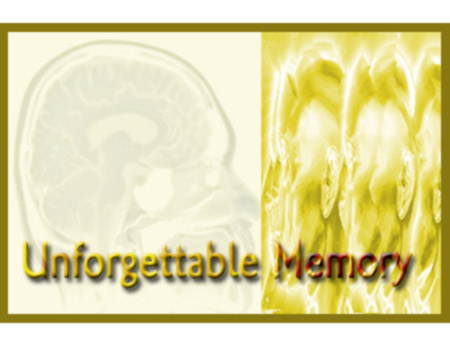 Many people tend to have an inborn advantage of remembering things or in other words have a good and sharp memory. Imagine if you are able to recollect and can store every single jiffy of your life and are also able to recall the memories and incidents that happened from the age of 9 or 10 onwards. Wouldn’t it be amazing?

UC Irvine neuroscientists James McGaugh and Larry Cahill have been studying people who have this type of incredible memory which is known as hyperthymesia. There is a woman nicknamed AJ (Jill Price) who has this implausible memory, hyperthymesia. Details about AJ were published for the first time in 2006 in scientific papers and many news organizations which includes National Public Radio, “NBC Nightly News,” “Good Morning America” and the Associated Press, that have been using this case study.

AJ is a woman who cannot forget in a chronological manner. “Good Morning America” and “20/20” has the news stories about Price and the UCI study.

UCI scientists have urged people to contact them if they think that they have hyperthymesia so that they can include it in the ongoing scientific study. McGaugh, the director of the Center for the Neurobiology of Learning and Memory at UCI, answered questions put forward to him about the study:

Q: What is hyperthymesia?

A: Hyperthymesia is a Greek word that means superior autobiographical memory. All of our study subjects have this type of memory.

Q: When did you begin studying people with superior memory?

A: In 2000, a woman we call AJ sent us an e-mail asking for help with her memory, which she described as non-stop, uncontrollable and totally exhausting. She said that for most days in her life, she could remember what day of the week it was and what events of note happened on that day. We thought she would be a very interesting case study for the field of memory.

Q: How would you describe AJ’s autobiographical memory?

A: Her recollections were quick and seemed to be automatic. When asked how she knew an answer, she said she just knew; she can see the event in her mind and relive it, like she is watching a movie. When asked about a particular day, she immediately gave the day of the week it fell on and described some activity she engaged in, such as taking an exam or having lunch with a particular friend.

Q: How have you confirmed the accuracy of her answers?

A: The significant public events are a matter of record; we fact checked them. We were able to check her personal experiences against a diary she kept from the age of 10 to 34. And her mother verified some things. On the rare occasions that she did not recall an event, she simply said that she did not remember.

Q: You put AJ through neuropsychological testing. What did that involve?

A: We gave her many standardized psychological tests that assess various mental capabilities. She was asked to remember meaningful and meaningless information, visual data, and things she did or did not say. She performed quite well. In some cases, she was perfect.

Q: How many subjects have you studied to date?

A: In addition to AJ, we are studying two more subjects, Brad Williams and BR. Through a careful screening process, we have identified several more potential subjects.

Q: What are the similarities among the subjects?

A: They are common in their ability to give the day of the week for any date given, to tell us what they did on that day, and to tell us about public events that occurred on that day. We also have personal information about each of them that we use to make up tests about their personal life. They have other personal characteristics in common. So far, two of the three are left handed (we don’t know what that means), and they all accumulate massive collections of things.

Q: What are your future plans for the study?

A: We plan to obtain structural MRIs of our subjects to allow us to get a picture of the structure of their brains. Then, we will compare their brains to those of individuals who do not have superior memories. We will look to see if any structural differences exist in their brains that might account for their superior memory. Then, we plan to give them functional MRIs, which will put the brain to work so we can study them while they are recalling their early experiences. We also would like to find more subjects because we are going to be able to understand the cause of this extraordinary ability only if we have a large number of subjects to study.

Q: If you believe you have this type of superior memory, how should you contact UCI?

A: Please read the 2006 research paper (http://today.uci.edu/pdf/AJ_2006.pdf). If your memory is similar to what is described, please send a message to Nan Collett at nkcollet[at]uci.edu with your telephone number so we can contact you and potentially add you to our pool of candidates to be investigated. Memory is important to understand because it is our most precious ability. If we lose our memories, we lose who we are as individuals.