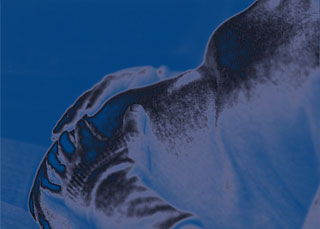 “Dear Mother, please stop taking stress. It is not good for you and neither for me.” Your baby has not been brought into this world to tell you this, but this is what the researchers from Harvard Medical School are stating on behalf of the unborn.

According to a study by researchers, a mother’s prenatal stress may affect the foetus and increase its chances of being susceptible to asthma and allergies. The study was presented on May 18, 2008 at the American Thoracic Society’s 2008 International Conference in Toronto.

“While predisposition to asthma may be, in part, set at birth, the factors that may determine this are not strictly genetic. Certain substances in the environment that cause allergies, such as dust mites, can increase a child’s chance of developing asthma and the effects may begin before birth,” said Rosalind J. Wright, M.D., M.P.H., assistant professor of medicine at Brigham & Women’s Hospital and Harvard Medical School.

This has been the first-ever study on humans that supports the earlier studies done on animals which reveals that stress and exposure to allergens magnify their effects on the baby’s immune system.

The researchers conducted the study by examining the level of stress and the level of dust mite allergen in the mother’s home and compared it to the cord blood IgE expression. IgE expression is the indicator to a baby’s immune response at birth. It was tested in 387 infants who participated in the Asthma Coalition on Community, Environment, and Social Stress (ACCESS) project in Boston.

It was found that mothers who went through higher levels of stress had their baby with increased levels of IgE expression in cord blood. This means that stress has a direct effect on the child’s immune system predisposing her/him to asthma and increasing the sensitivity to allergen exposure. It did not matter if the level of dust-mites and other allergens that mothers encountered was high low or high. The findings are applicable to all the mothers irrespective of their race, class, education or smoking history.

“It is notable that these findings were obtained in a U.S. urban population, which may be more likely to be simultaneously exposed to multiple factors, including stress and indoor allergens. More studies like this may help explain why asthma occurs more frequently in these high-risk groups,” said Junenette Peters, Sc.D., postdoctoral researcher, who presented these results.

“This research adds to a growing body of evidence that links maternal stress such as that precipitated by financial problems or relationship issues, to changes in children’s developing immune systems, even during pregnancy,” notes Dr. Wright. “This further supports the notion that stress can be thought of as a social pollutant that, when ‘breathed’ into the body, may influence the body’s immune response similar to the effects of physical pollutants like allergens, thus adding to their effects.”

Dr. Wright also notes that it will be beneficial to perform a follow up of the children who participated in the study as it will let them know whether the risk of asthma increased with the effects. This will help the researchers imply the findings on a larger mass giving way to co-relation between prenatal maternal stress, allergen exposure and subsequent childhood asthma development.

Till then mothers are suggested to maintain a healthy psychology and environment or atleast be happy don’t worry.