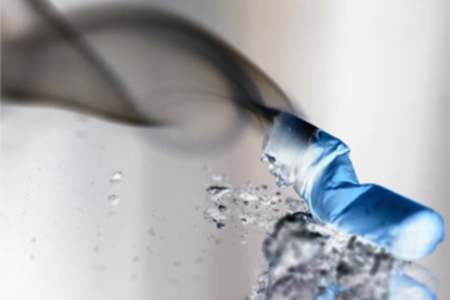 The ‘Tobacco Free Youth’ campaign has kicked off using the ad campaign of fake cigarette packets with pictorial warnings and a public lighter, on hoardings and other public viewing boards. It has been designed to ring a “bell to hell” which is one of the tasks undertaken till the World No Tobacco Day on May 31.

The campaign started on Sunday, 25th May, 2008, and would end on the World No Tobacco Day pointing out the motive to reduce the experimentation and instigation of tobacco usage in the youth. Many pictorial admonitions have been successful in discouraging people from tobacco usage, says Naveen Kumar, psychologist and a trustee of Manas.

Manas, The World Health Organisation (WHO) and the Ministry of Health and Family Welfare are conducting this campaign.

“With the pictorial warnings on the fake cigarette and gutka pouches, we are using the principle of creating cognitive dissonance – an emotional distress that is experienced when a person does an act opposite to his strongly held values,” Kumar said.

“Thus, when a smoker takes one of these packs from the kiosk, it will be hard for him to deny the harmful effects of tobacco,” he added.

Pamphlets, informing about the peril effects of tobacco, have also been distributed. There are simple tests to detect the dependency on tobacco, a quit-smoking arrangement has been done and contacts of services where smokers can seek aid have also been mentioned in the pamphlets.

“Numerous studies among youth show that tobacco use in this group is prevalent, and increasing. Lifetime prevalence of cigarette smoking and use of other tobacco products among medical students was 28 percent and 22 percent respectively,” Kumar said.

“Among the male students of Delhi University, 28 percent of the surveyed samples were found to be smokers. The stress scores were significantly higher among smokers than non-smokers.”

The kiosks which would be having pictures of fake cigarette packets, would be placed in 5 prime locations in Delhi and the NCR areas and street plays with some participatory games would be conducted during the campaign.

And the most interesting part is the “Bell to Hell” would be a public lighter that can be used only after ringing the bell.

Exposure to tobacco in any way would lead to illness like cancer, cataract, bronchitis, stroke and cardiovascular problems according to Manas. And most of the cases of lung cancer are because of smoking.