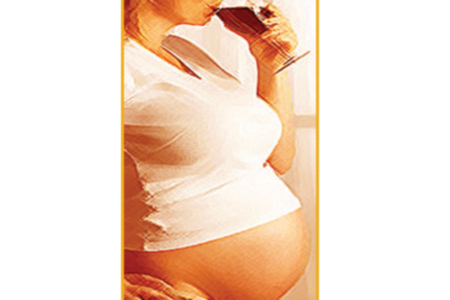 Almost 50 percent of the women in UK consume alcohol during pregnancy period. Although there have been several warnings given by doctors and other sources, pregnant women are not refraining from their habit of drinking alcohol.

According to a latest survey it has been found that the consumption of alcohol would have long term negative effects on the children. The research papers released by National Health Service have revealed that older mothers are prone to drinking alcohol compared to the younger ones.

Most of the studies conducted on this issue have said that the consumption of alcohol during pregnancy would result in a low IQ, attention disorders and some grave lifelong problems in children. The study also found that mothers who had consumed alcohol during pregnancy are likely to have their children also grow with alcohol and drug problems, anti-social behavioral problems in the later stage are also likely to occur, reports a newspaper.

The NHS Information Center’s survey has found that 55 percent of women in the UK accepted the fact that they consumed alcohol during pregnancy. Also 61 percent of mothers who were of 35 years and above said that they drank while they were pregnant as compared to the 47 percent of women aged 20 and below.

“Not all women who drink during pregnancy will harm their child but the only way to be sure is not to drink at all,” said Susan Fleischer, director of the charity National Organisation for Feotal Alcohol Syndrome, suffering from the syndrome.

“Some of the children being admitted to hospital because of their own drinking will have brain damage caused by their mother’s drinking and there will be a smattering of middle class kids in there too,” she added.

Hence women who are planning for a child should learn from this survey and follow the doctor’s warnings and other precautions for a healthy pregnancy and a healthy child.