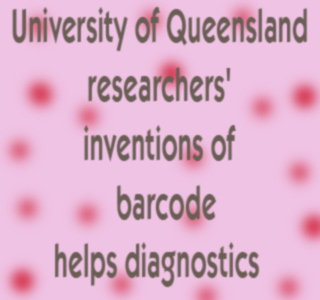 According to the researchers at the University of Queensland; a new technology has been invented for early detection of disease.

Dr. Krassen Dimitrov, of UQ’s Australian Institute for Bioengineering & Nanotechnology, has created fluorescent “barcodes” known as nanostrings, which have higher sensitivity and accurateness compared to the recent detection methods.

“This quantitative data is superior to other gene expression systems such as microarrays, which rely on the analogue measurement of fluorescence and therefore are less accurate and have a limited range.”

This technology is being supported on a non-enzymatic process which lowers the rates of biases and is strong in various conditions.

Dr. Dimitrov is now researching further on the new nano-barcodes which would then reduce the cost and develop sensitivity and usability. Dr. Dimitrov, in 2003, founded a company in Seattle that has commercialized this technology.

The research has already been published in the journal Nature Biotechnology.