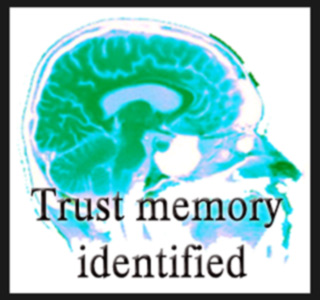 Researchers have found that certain brain centers are prompted by a betrayal of trust. They have discovered that they would be able to suppress such trigger points and even maintain trust by managing the brain chemical oxytocin. The researchers have not only studied the neural machinery underlying trust but even the end results of the study would help in determining the neural basis of social disorders like phobias and autism.

The volunteer subjects were asked to play two sorts of games. One was a trust game and the second was a risk game. Now the subjects in the trust game were told to contribute some amount of money. The volunteers were asked to entrust some money to a trustee. It was up to the volunteers to think whether the trustee would return the profits or the trustee would betray him/her by keeping the money with him. And in the second risk game the computer will arbitrarily make a decision whether the money would be returned or not, to the volunteers.

The subject volunteers had the choice to select between the brain chemical oxytocin(OT) or a placebo via nasal spray. The volunteers choose OT as the prior studies conducted by other researchers have proved that OT particularly raises the people’s willingness to trust others.

When the volunteers were busy in the games, their brains were scanned by a functional magnetic resonance imaging. This methodology entails harmless magnetic fields and even radio waves which follows the blood flow in various brain areas resulting in the brain activity.

The conclusion derived by the researchers was that in the trust game the oxytocin (OT) level reduced the brain activity in 2 areas; the first is amygdala wherein it has the ability to process fear, danger and also certain risk in social betrayal. The second is striatum, which is a part of the circuitry and aids to adjust future behavior following the basis of reward feedback.

It was found by Thomas Baumgartner from the University of Zurich, Zurich; and colleagues that oxytocin affects the subject’s responses particularly linked to trust.

Baumgartner and colleagues said, “If subjects face the nonsocial risks in the risk game, OT does not affect their behavioral responses to the feedback. Both subjects in the OT group and the placebo group do not change their willingness to take risks after the feedback. In contrast, if subjects face social risks, such as in the trust game, those who received placebo respond to the feedback with a decrease in trusting behavior while subjects with OT demonstrate no change in their trusting behavior although they were informed that their interaction partners did not honor their trust in roughly 50% of the cases.”

“Our insights into the neural circuitry of trust adaptation, and oxytocin’s role in trust adaptation, may also contribute to a deeper understanding of mental disorders such as social phobia or autism that are associated with social deficits. In particular, social phobia (which is the third most common mental health disorder) is characterized by persistent fear and avoidance of social interactions,” written by the researchers.

Rutgers University psychologist Mauricio Delgado has commented in the issue of Neuron, “The study has significant implications for understanding mental disorders where deficits in social behavior are observed. Betrayal aversion, for example, could serve as a precursor to social phobia, a disorder characterized by aversion to social interactions, with the reported oxytocin finding providing a bridge for potential clinical applications.”

Thomas Baumgartner and colleagues have published the findings on May 22, 2008 in the journal Neuron.