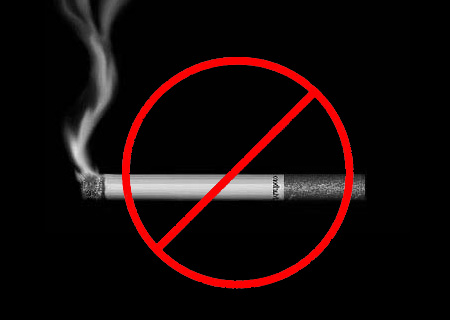 Smokers know it is hard to get away from the clutches of smoking addiction. Family members know it is tough to snatch away their beloved from the hands of the dirty habit. Smoking causes cancer and heart attacks, this is also a known fact. So what really makes quitting smoking so tough?

Well, where there is a will there is a way. And according to Rick Beneteau and Rick Saruna the co-creators of the Quit Smoking Right Now program, the mind-block in the sub-conscious mind is exactly what restricts smokers to quit and they have no will power to kick-the-butt. And the only permanent way that makes the quitting easier and possible is ‘NLP (Neuro-Linguistis-Programing), a popular form of hypnosis therapy’.

Beneteau shares his own experience of the 39 years of his life going up the smoke and then the only 3 hours of the therapy by Rick Saruna which gave way to a new smoke-free life. “He said all I had to do to was set aside three hours of my time and pick the date for what I now call D-Day, or done-day,” says Beneteau. “I believed in the power of the mind and all…but Rick’s promise would have been an absolute miracle in my case!” he adds.

The Quit Smoking Right Now programme has confirmed that there are ‘strong unconscious thought patterns’ that prevent the smoker from quitting the habit and come out of the addiction. It also blames the tobacco industry’s special advertising campaigns in influencing the nicotine addict’s mind. The third culprit determined is the addict himself who lacks knowledge on the ‘physical realities of nicotine addiction’ and the fourth one being the extremely addictive ingredients in cigarettes.

The addictive agents added in cigarette prevent 90% of smokers from quitting, according to the programme. So the only remedy to this deadly habit is making up one’s own mind and removing the false concepts from the subconscious mind and learning the truth. “It was your mind that convinced your body to start smoking in the first place…and it is only your mind that can convince your body to stop” according to Beneteau.

The Quit Smoking Right Now programme does exactly this without involving any medications, supplements or diet and exercise programmes, with the help of NLP hypnosis therapy in a few hours.

And one of the success stories is shared by Linda Russell who reveals, “It was quick and easy, I tried everything else but nothing worked, now I don’t even have an urge for a cigarette after 40 years of smoking, you have to try it to believe it.” “Ten minutes into the program and I knew I was going to be able to quit, I remain tobacco-free over a year later,” adds Jim Quarrington.

Rick Saruna, a certified master in advanced NLP and medical hypnosis therapy, head of a successful clinic specializing in the use of hypnosis and NLP treatment for various conditions and Rick Beneteau have come together to bring the very successful Quit Smoking Right Now at totalhealthportal.com.