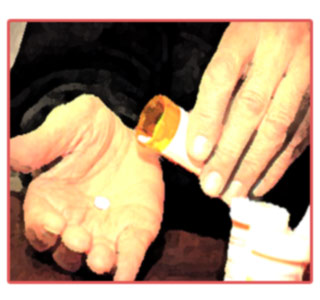 Waltham, MA suggests that people will have to strive hard to consume the costly medications and he has put forward certain health plans across United States by implementing the multi-tiered formularies which would require higher co-payments for non-preferred’ medications.

According to the latest research from Brandeis University published in the Journal of Mental Health Policy and Economics, the present multi-tiered formulary method does not have any effect on how patients make use of the anti-depressant prescriptions although antidepressants have the ability to create a problem for the patients from switching over medications.

The study examined the claims and eligibility files for a large non-profit managed care organization which were initiated with the three-tier formulary in 2000. The sample entailed 109, 686 individuals. The study involves a comparison group in the similar health plan, containing members who didn’t have a three-tier formulary. In the new formulary a particular brand of drugs were categorized as ‘non-preferred’ and patients were charged $25 every prescription than the prior cost of $10.

“The patterns of use do change after a three-tier formulary is implemented,” said co-author Dominic Hodgkin, a researcher at the Institute for Behavioral Health, the Heller School for Social Policy and Management at Brandeis University.

The antidepressants which were categorized into non-preferred in the study had a reduction, according to the prescriptions per plan, 11 percent of the members did not consume antidepressants in the three-tier group. There was a rise in the comparison group of almost 5 percent. The study discovered that out-of-pocket spending was found to be higher whereas the health plan’s spending was declining in each user. Especially the ratio of plan members using antidepressants was lower as compared to the prior studies which had found that the medicines were charged similar price incentives for the high cholesterol and heart disease.

Hodgkin said that rigorous monitoring is needed for how three-tier formularies affect care. The study has been funded by a grant from the Agency for Health Care Research and Quality.