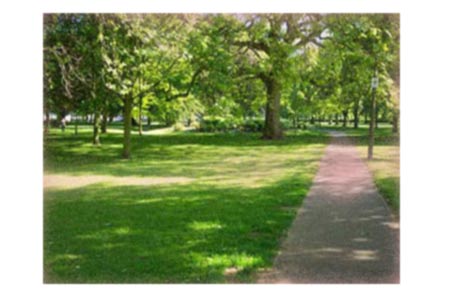 According to the latest research published on 10th June in the open access journal of BMC Public Health that people do not make optimum use of the green space available surrounding their area of living (home). People mostly walk and cycle less and that too for shorter amounts of time.

“Little is known about the way in which green space exerts a beneficial effect. Several explanations are possible” explained Jolanda Maas, who led the research. “In this study we investigate whether a green living environment encourages people to undertake physical activity. We found there was no or a negative relationship between the amount of green space in people’s environment and whether they played sports, walked or cycled for leisure.”

Around five thousand Dutch residents were examined in the study that had filled the questionnaire. The questions aimed on the participants’ physical activity and self observed health. The percentage of the green space under 1 km and 3 km area around their houses was estimated for every resident.

“We found that physical activity is not a likely cause behind the apparent relationship between green space and health. If people don’t live near green space they may seek alternative places to exercise. In the future, we need to look at where it is people choose to exercise to understand this more clearly. People’s perception of their green space may motivate their behaviour more than the availability of green space itself. What is clear is that the amount people exercise is not related to the amount of green space they live near” concluded Maas.

Maas and her team found that most of the population liked walking and cycling and they discovered a negative connection with the amount of green space and levels of walking or cycling for relaxation. People used other mode of transport i.e car instead of opting for walking or cycling as their shops and other daily needed facilities were far from where they put up. Thus there should be closer distance in the locations for walking and cycling during the leisure period in the Netherlands compared to the accessibility of the green space.