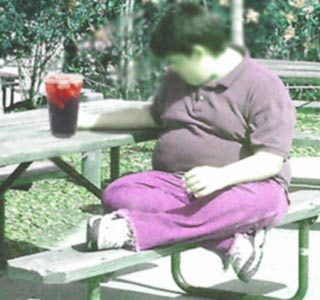 Children love chocolates, pastries, cold drinks, burger, pizzas and all sorts of fast food items. Parents have to decide, till what limit the children should be allowed to eat and drink sugar sweetened beverages. Due to the fast food culture, children and teens are very often exposed to the food joints available in every nook and corner of the city. Overweight and underweight issue has always been a cause of concern in children and teens especially. At the initial stages children can undergo clinical test to know the problem, if any.

On the contrary through the recent 12 studies it has been found that there is no connection with weight gain in children and teens due to intake of sugar-sweetened beverages. “My co-authors and I carefully analyzed 12 studies using scientifically validated methods and found that there is virtually no association between sugar-sweetened beverage consumption and weight gain in children and teens,” Dr. Maureen Storey said.

The American Journal of Clinical Nutrition has the meta-analysis of the study in the June issue.

The prime reason for any human being to put on weight is that when there is more of food intake and less amount of calories getting burnt. This ultimately leads to weight gain.

“In fact, the evidence strongly suggests that reducing or eliminating sugar-sweetened beverages would have almost no impact on children and teens weight. While other investigators have reached other conclusions, our findings are consistent with three recently published review articles that concluded that the evidence that adolescent consumption of sugar-sweetened beverages leads to weight gain is ‘weak or equivocal.'”

The National School Beverage Guidelines have been actively spreading the word amongst children about the kind of calorie intake and the magnitude in which it should be consumed. The beverage industry has attempted to extract the amount of calorie in the soft drinks and include low and no-calorie beverage alternatives in school going children. Moreover children are made to follow some physical activity so as to maintain good health in all the schools across the country.