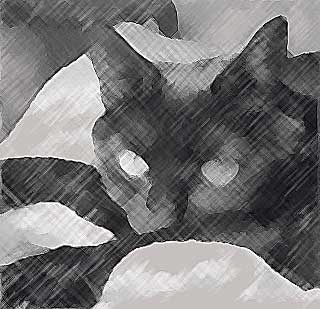 Evidences have proved that eczema is mostly inherited and certain environmental factors and inherited genes can combine to make one suffer from the nasty skin condition. While one cannot really help inheritance of genes, people can definitely try to keep the cats in their house away.

A recent study by researchers at University Hospital Gentofte, Copenhagen, Denmark confirms that the mutations in the Filaggrin gene (FLG) and environmental factors like presence of cat can lead to the development of eczema in case of children.

Professor Hans Bisgaard and colleagues conducted the study which is published in the PLoS Medicine.

FLG is protein that is generally found in skin and has a protective function. It acts a wall against the substances or elements present in the environment that can harm us. According to researcher’s hypothesis, when one inherits one or two defective or mutated FLG genes, the protection against certain substances in the environment gets weakened with skin responding in a bad manner.

The researchers first identified the FLG in each child and then compared with one or two mutated copies of FLG. The researchers also asked questions regarding the presence of cats and dogs in the parental homes of children to determine the early exposure of children, when they were born and whether the pets were present at the time of infant-hood.

It was found that children carrying defective FLG were two times more likely of developing eczema right in the first year of their life as compared to the children not carrying the mutated gene. It was also discovered that the children who had defective FLG and had early exposure to cat at the time of birth were at more risk of developing the skin condition than the ones without mutated gene and were exposed to cats. However, the latter case of exposure to cats and mutated genes leading to eczema was noted in few number of children.

Although the result of the study has made researchers believe that the two factors when combined give rise to eczema in children, the negative point of the study is that very few children in the study had both the cats in homes during birth and mutated gene in them.

Therefore the results need to be confirmed in independent studies. Also, how the cats cause the effect is not clear. This is because the skin condition is not been identified as a mechanism in children with mutated gene and exposed to cats did not develop cat-specific immunoglobin E antibodies.

However, it is suggested that to protect the children from developing the allergy in the FLG-deficient children, it is better to keep them away from cats (not dogs) in the first few months after their birth.