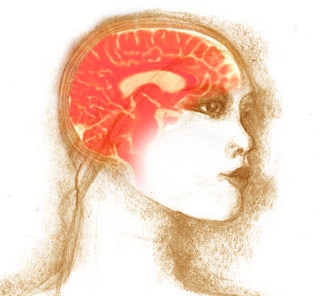 It may sound funny or worrisome for a few when a person they know suddenly starts speaking in a foreign accent. But if the person has suffered from a stroke recently then the matter is definitely not funny as the person must be suffering from what is called as the foreign-accent syndrome (FAS).

The syndrome has been described as the “puzzling medical phenomenon” and is caused due to neural damage. The reason behind the sudden change in the accent is because of the vocal distortions. If this sounds like a bizarre story to you or nearly an impossible one, then you will be surprised to know that a case of FAS has actually been reported.

A woman named Rosemary, in the southern Ontario suffered from the rare case of foreign-accent after a stroke that occurred two-years back, because of which she started sounding like a Maritime Canadian English.

Rosemary was then taken to the medical personnel at the Integrated Stroke Unit of Hamilton General Hospital who are investigating her case. They have also discovered that Rosemary’s speech has slowed down along with acquiring a different accent.

“It is a fascinating case because this woman has never visited the Maritimes, nor has she been exposed to anyone with an East Coast accent,” says one of the study’s authors, Alexandre Sévigny, associate professor of cognitive science in the Department of Communication Studies & Multimedia at McMaster University. “Her family lineage is Irish and Danish, and neither of her parents ever lived anywhere but in southern Ontario.”

According to Karin Humphreys, the principal investigator in the study, and an assistant professor in McMaster’s Department of Psychology, Neuroscience & Behaviour at McMaster University, Rosemary could not herself find the change in her accent even as her family had noticed it. Also, even after an intensive speech therapy for two years, the accent hasn’t gone back what it used to be.

“Rosemary’s speech is perfectly clear, unlike most stroke victims who have damage to speech-motor areas of the brain,” says Humphreys. “You wouldn’t guess that the speech changes are the result of a stroke. Most people meeting her for the first time assume she is from out East. What we are seeing in this case is a change in some of the very precise mechanisms of speech-motor planning in the brain’s circuitry.”
The new accent has led to the changes in the pronunciation of the words, like, The new “dat” for “that”, and “tink” for “think” and also in the as well as the opening of some vowels and diphthongs for example: “greasy” pronounced as “gracey”, “dog” pronounced in a way that will rhyme with “rogue”, according to Sévigny.

Having come across such a case, Humphrey notes that it makes her wonder whether the stroke patient’s family under report such changes after the stroke. This may be a cause of concern for researchers as the doctors heavily depend upon the patient’s family for the complete information on the well-being of the stroke victim post-stroke.