The legal drinking age has been dropped down from 21 to 18 or 19 in some parts of the world and there are debates already going on the topic. Well, those who wish to change the laws can now get some support from the research conducted by the University of Michigan.

The research shows that the drunken teens cannot only get themselves into trouble; they can also harm the neighboring states. The reason cited behind this is the difference in the traffic rules and policies across borders. 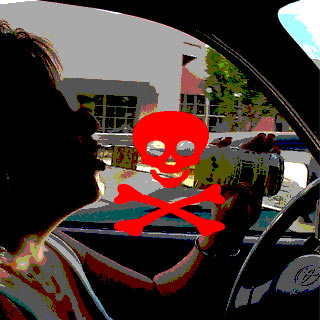 “The availability of different policies just across the border—be they lower excise taxes or the legal sale of fireworks—can compromise the impact of a jurisdiction’s own policies and cause efficiency costs as consumers pursue the goods,” said U-M economist Joel Slemrod of the Ross School of Business and colleague Michael Lovenheim of Stanford University.

“In the case of legalized drinking, being able to drink legally across the border has an additional implication for social costs because the act of drinking and then driving home drunk can itself be dangerous, even fatal, both to the cross-border consumers and other unfortunate drivers and pedestrians.”

The researchers studied the effect of the different policies related to the legal drinking ages on alcohol-related traffic deaths since 1977. The records of the year 1987, when the legal drinking age was made 21 in all the 50 states of America, were examined and its effect on the neighbouring states of Canada and Mexico were also evaluated.

It has been noted that in countries having bordering states within 25 miles and lower minimum drinking age, the chances of an 18 year old teen meeting with a fatal accident is 0.5 percent while that with a 19 year old is 0.1 percent. For, the 20 year olds, the researchers have found evidences of the cross-border effect.

“While the effects are more muted for 19-year-olds, the results for both 18- and 19-year olds are consistent with teens evading alcohol restrictions by driving to states where they can legally purchase alcohol,” said Slemrod.

In a summary, the researchers say that the effects of legal drinking ages have been undervalued in the previous studies.