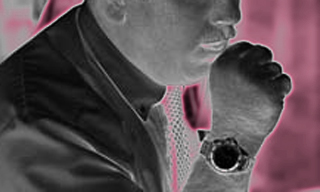 To treat elderly patients suffering from respiratory disorders, special guidelines for their treatments are needed. Ironically, they are being ignored as far as the drafting of the guidelines is concerned! A British Medical College (BMC) Health Services Research has determined that very few of the patients get the recommended treatment.

The team led by Benjamin Craig from the Moffitt Cancer Center, Tampa, USA examined the cases of around 30,000 patients across USA. “Despite the proliferation of numerous guidelines for the management of adults with obstructive respiratory diseases, we found major disparities between the actual care given and that which is recommended,” said Craig.

Ignorance in the similar context has been cited as the reason behind death in people suffering from Chronic Obstructive Pulmonary Disease (COPD) and asthma that claims the lives of nearly 30,000 people in the age of 45, in the country. The treatments for these diseases are supported by recommended guidelines that have been issued since many years. These treatments stress on importance of lung function tests, access to inhalers, influenza vaccination and smoking cessation; however, “Slightly less than 22% of older adults with asthma or COPD received bronchodilator inhalers. An even smaller minority received one or more lung function examinations during the year and 18% were not vaccinated against influenza,” reported Craig.

The research estimated that 16 percent of the patients were smokers during the research while most of them, i.e. 53 percent were smokers in the past. Sadly, the ones who still smoke after being afflicted by the disease are unfortunate as they are less likely to be treated well due to ineffective guidelines and hence receive less help than the ones who quit smoking. Since smoking worsens the case, the guidelines need to address specialized treatments for smoking cases.

According to Craig, “The finding that smokers receive less care is both troubling and intriguing. There may be a group of patients with such a strong nicotine addiction that quitting would be very difficult. It might be that some of these patients withdraw from care to avoid uncomfortable encounters with physicians who urge smoking cessation. Alternatively, of course, some physicians may dismiss smokers because they have failed to change their behaviour.”

So according to the researchers, the older adults that suffer from conditions like obstructive respiratory disease and possible nicotine addiction need to be given more attention and more importantly the guidelines need to be revised and further developed considering such cases specifically.