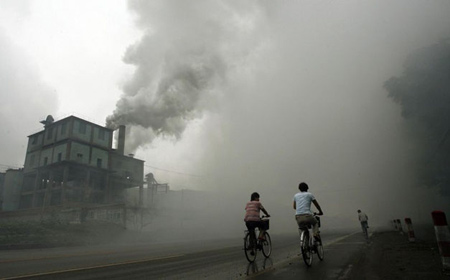 Soon it will be Olympics time in Beijing. And so will be the time for the ones attending or participating in the games to be extra cautious for the heart’s health.

According to the warning issued out by researchers from Northwestern University’s Feinberg School of Medicine, the Beijing pollution might just cause a stroke or a heart attack.

The people who are particularly under risk are who are already suffering from some sort of cardiovascular disorders like high blood pressure, high cholesterol, diabetes, obesity, or even afflicted with lung disease. Also included in the risk group are the ones having smoking habit or with family members who are having heart problems before the age of 55.

“If the air quality is bad, you are more likely to have serious heart disease related events,” said Gokhan Mutlu, MD, assistant professor of medicine at the Northwestern’s Feinberg School and a physician at Northwestern Memorial Hospital. “Being exposed to higher levels of pollution may unmask heart disease even if you’ve never had any symptoms.”

While we know most of the side effects of pollution are on our health, the connection between heart health and pollution is still unknown. Mutlu has explained the association in his research that was published in 2007. According to what Mutlu discovered, the microscopic air pollutants, which are less than one-tenth of the diameter of human air, make our blood thicker and sticky.

Lungs when irritated by the pollution secrete interleukin-6 that increases blood clotting.

People living in polluted areas are most likely to have blood clot in their legs according to a recent study. What puts people at even more risk is travelling long distances by car or plane.
“If you spend a few weeks in Beijing, your blood might become thicker and sticky and then when you fly 12 hours back to the U.S. that further increases your risk. If clots migrate into the lungs and cause pulmonary embolism, that can kill you,” Mutlu warned.

Scott Budinger, M.D., an associate professor of medicine at Northwestern’s Feinberg School and a physician at Northwestern Memorial Hospital, suggests several ways to keep their health at best while in Beijing, few of which are mentioned below: