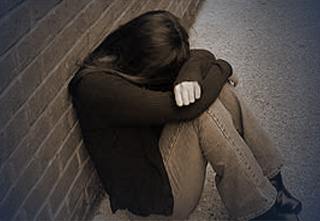 Life during adolescence is full of rushing hormones, attraction to the opposite sex and adrenaline rushes, rebellions and many things synonymous with this stage of life. However, if some serious things go wrong it can lead to a really disturbed psychological health of the young teens; in adolescent girls especially.

According to what a latest research by University of Washington published in the Journal of Adolescent Health has to say, issues like school failure by 12th grade or suspension or dropping out can make the girls feel down in the dumps as compared to other girls and boys, by the age of 21.

“For girls there are broader implications of school failure,” said Carolyn McCarty, a UW research associate professor of pediatrics and lead author of the study. “We already know that it leads to more poverty, higher rates of being on public assistance and lower rates of job stability. And now this study shows it is having mental health implications for girls.”

When girls who have had the aforementioned issues during their schooling were compared to the girls who did not have any such problems, it was discovered that more girls from the former group went into depression than in the latter group.

Although, 68 percent of boys faced school failures, a much higher number as compared to 45 percent of girls (in all), just 17 percent of the boys were depressed. Comparatively, the depression rate was higher in girls with 22 percent detected to suffer from the psychological condition. However, according to McCarty, the numbers are not surprising as the participants who were studied upon belonged to high-crime neighbourhoods.

“This gender paradox shows that while school failure is more atypical for girls it appears to have more severe consequences when it does occur,” said McCarty. “One reason may be that school failure stigmatizes girls more strongly or is harder for them to overcome. We do know that girls with conduct problems, such as school failure, tend to have long-term problems with cascading effects.”

“When adolescents have these kinds of problems and experiences, the response tends to be focused purely on the academic, in part because the school and mental health systems are distinct. We need to look more broadly at functioning and see what is going on with other aspects of their lives including the psychological. We can’t just put a Band-Aid on one thing that seems to be a problem because often there is an underlying bigger issue that has to be addressed,” she said.

”When school failure emerges we should have remedies and be ready to intervene at that point to prevent later depression” said McCarty, who is directing a middle school study that is evaluating early prevention efforts to thwart depression. “Social and emotional skills are vital to adolescents and they may or may not be taught by schools and their parents. We need to have school-based prevention programs available before problems get much bigger and harder to resolve.”

One solution to combat depression and unhealthy mental state is the need of integrated prevention programmes created by communities, to help children and adolescents handle academic, social and behavioural problems, notes McCarty.