Soy has been known to shower all its good proteins and positive effects on human health, if incorporated in a regular diet. However, an interesting study suggests that soy may affect the brain and reproductive health development in a bad way while also being a key building block to treat the same problems! 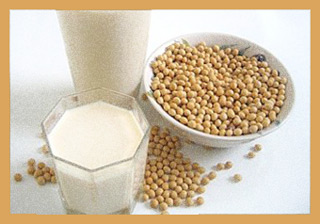 The North Carolina State University researchers conducted a study that actually shows the alteration of sex-specific organisation in hypothalamus during development. The hypothalamus is the region of the brain that deals with the regulation of hormones during puberty and ovulation.

The soy seems to produce the natural chemicals called phystoestrogens that mimic the hormones released in women during development. This leads to early ovulation in women and long-term effects on female reproductive system like early menopause.

Meanwhile, the changes caused in the brain have been identified to be irreversible.

The study was conducted on rats and researchers are sure that the results can be implied on humans as well.

According to the study, genistein and equol disrupted rats’ estrus cycle that lead to early onset of puberty and menopause. The researchers suspect that the disruption can be a result of some issues in the brain or ovaries, and hence have decided to investigate whether the compounds also affected the brain development or function.

The study is yet to be published in the journal Neurotoxicology.