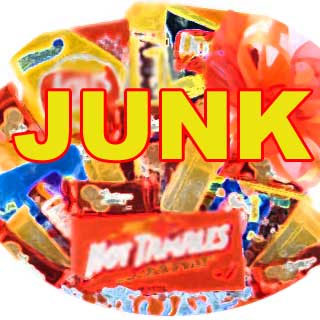 It is very well known that junk food is not healthy for little children. Apparently, the junk not only harms the health of the children, it also messes up with their school life and makes them naughty!

Researchers have found that the children on junk food diet from the age of three can have distorted learning abilities. The researchers from Institute of Education at London University note that “Children who do poorly at school are more likely to have been affected by the food they ate many years earlier, rather than the chicken nuggets they had at lunchtime.”

The researchers conducted a study on the children who studied at the Bristol University in 90s. It was found that 25 percent of the children who consumed more of junk food from the age of three 10 percent more chances of performing poorly in the tests conducted their schools while they aged 6 to 7 or 10 to 11.

However when the school staff were made to introduce a healthier diet menu, improved performance in children were noticed. Researchers suggest mothers to keep a check on the toddlers’ food intake. They also note that a junk diet or poor diet at the age of four or seven do not affect the child’s academics, although they stress upon a healthy diet at the age of three.