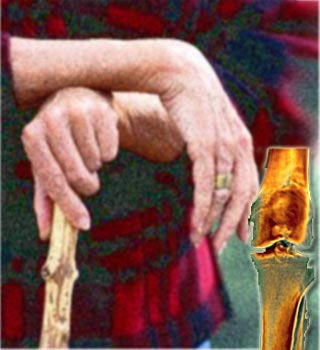 US researchers claim to have developed a novel way to scan joints which may reveal the warning signs of arthritis early on. This development brings hope for those who suffer from the painful condition.

The researchers at New York University revealed that the MRI scans search for low levels of the chemical glycosaminogycan (GAG). This chemical plays a vital role in enabling the cartilages of the joints retain water, thus making them tough and elastic. The researchers further claim that the diagnosis of this chemical early on will reduce the need for surgery later in life.

Commenting that the practical implications of the research were “currently very limited”, Professor Alan Silman, the medical director of the Arthritis Research Campaign mentioned, “Unfortunately at the moment there is no treatment that could be offered that would change the situation. What it may prove to be is a very sensitive test of drug treatment response as new agents are developed.

Osteoarthritis, a painful condition common among individuals above 40 years of age is mainly caused due to the weakening and breakdown of the cartilage, which cushions the moving parts of joints. The researchers are making attempts in spotting the disease much earlier by looking for GAG. They have discovered a unique way to identify the hydrogen atoms attached to GAG. These atoms are made to emit a signal which can be easily picked up by the scanner.

The study suggests that an early notice of approaching arthritis can help patients take the necessary precautions to slow or halt joint degeneration. According to the researchers, dietary supplements such as glucosamine and chondroitin may also be helpful. Analysts next hope to conduct trials to test this distinct technique.

An estimated eight million people in the UK suffer from some form of this painful condition. Also patients with the severe form require constant painkillers or even joint replacement surgery.

Hopefully, the scan will aid in assessing treatments.