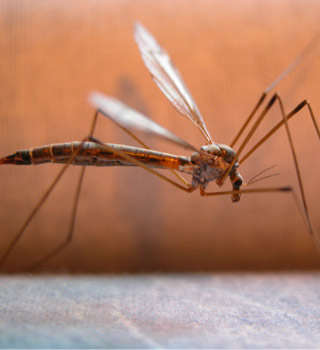 Malaria is one of the most common and widespread diseases killing millions of people every year. American researchers at the John Hopkins Bloomberg School of Public Health have apparently discovered a new virus that is infectious to the Anopheles gambiae mosquito. This mosquito is the world’s most dangerous mosquito and is chiefly responsible for transmitting malaria.

Lead author Dr Jason Rasgon, commented, “Finding artifacts such as this one during experiments isn’t uncommon, but we decided to investigate this one further since we kept observing it over and over. When we sequenced it we’re surprised to learn that we found a new virus.”

He additionally asserted, “In theory, we could use this virus to produce a lethal toxin in the mosquito or instruct the mosquito to die after 10 days, which is before it can transmit the malaria parasite to humans. However, these concepts are many years away.”

The researchers claim that the virus could someday be used to genetically manipulate the Anopheles mosquitoes which other wise appears harmless. The medical breakthrough is part of a strategy to control malaria.

The new mosquito virus AgDNV is a densonucleosis virus or “densovirus”. This virus is very common in mosquitoes and other insects, but does not infect vertebrate animals such as humans. The researchers also determined that although the virus does not appear to harm the mosquito, it is highly infectious to mosquito larvae and is easily passed on to humans.

The discovery of this dangerous malaria vector was purely accidental, according to researchers. The team was conducting experiments to find if Wolbachia bacteria could be used to infect Anopheles gambiae mosquito cells. In the process they observed an “artifact” that seemed as a prominent band in the gel used to detect the bacteria.

Though scientists affirm that this passing on of new genetic information to the Anopheles mosquitoes may actually require 5 to 15 years of work, it will certainly help to curb the widespread of the disease.

This virus that infects mosquitoes could be used as a weapon against the deadly disease.