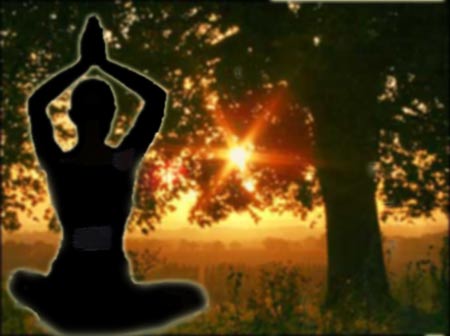 A novel research by Dr R Chattha of the Swami Vivekananda Yoga Anusandhana Samsthana in Bangalore indicates that yoga can lower hot flashes and night sweats among women going through menopause. It also meets the eye that it may sharpen mental function.

For the study, researchers affixed 120 menopausal women between 40 to 55 years old to practice yoga or regular stretching and strengthening exercises, five days a week for eight weeks. The exercises did not have any particular pattern. This enabled scientists to examine if yoga would really aid in physical and cognitive symptoms of menopause.

The researchers remarked, “The postures, breathing and meditation included in the yoga intervention were aimed at one common effect, i.e. to develop mastery over modifications of the mind… through slowing down the rate of flow of thoughts in the mind.”

They further commented, “The present study shows the superiority of yoga over physical activity in improving the cognitive functions that could be attributed to emphasis on correctness in breathing, synchronizing breathing with body movements, relaxation and mindful rest.”

The subjects were divided in two groups mainly a yoga group and a control group. Participants of the former group listened to lectures on the benefits of yoga in managing stress in addition to other yoga related topics. Those in the latter group on the other hand were given lectures on the physiology of menopause, exercise, stress and diet.

With research to support it, yoga may be a great solution to soothe those frequent menopause symptoms. So what are you waiting for? Get going and practice some yoga.