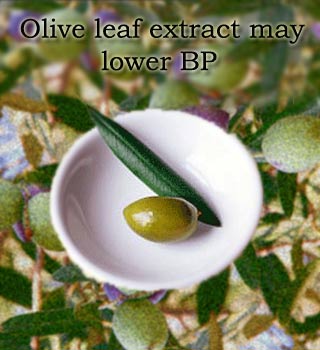 Blood pressure and cholesterol related diseases are a common problem faced by millions of people all over the globe and scientists are constantly in the search of innovative treatments for these. An eminent study conducted lately shows an association of olive extract to antihypertensive effects.

The clinical study has found that a 1000mg olive leaf extract can lower cholesterol and blood pressure in patients with mild hypertension.

Cem Aydogan of Frutarom Health remarked, “The study confirmed that olive leaf extract EFLA943 has antihypertensive properties in humans. This works showed that taking a 1000mg dose has substantial effects in people with borderline hypertension.”

The Swiss and German researchers conducted a ‘twins’ trial by giving different treatments to identical twins. The pilot trial involved 40 monozygotic twins who had an increased blood pressure, or mild hypertension. With two different clinical evaluations, in the first study, 20 of the volunteers were randomly assigned 500 mg of olive leaf extract or no medication. The remaining 20 were involved in a second phase of investigation comparing 500 versus 1,000 mg of olive leaf extract.

An eight-week follow-up of both groups showed different baseline blood pressure. On comparing the 500 versus 1000 mg olive leaf extract groups, researchers found a mean decrease of 11/4 mm Hg in the higher dose compared with 1 mm Hg decrease in systolic pressure and a 1 mm Hg increase in diastolic pressure. There was a statistically significant difference in systolic blood pressure. The group differences touched a maximum of 13 mm Hg systolic and 5 mm Hg diastolic pressure in favor of the higher dose of the extract over the follow-up period.

The study is published in Phytotherapy Research.