Apparently, there are 150 million people affected with Hepatitis C, at present. The shortcoming in treating the disease has been the traditional approach of treatments that have been causing some disastrous side-effects. 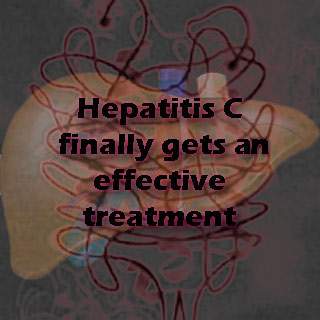 However, thanks to the researchers at the Stanford University, a novel way of treating the liver disease is on its way as the researchers have discovered a way to curb the virus reproduction process.

Researchers have discovered two new ways to combat the growth of Hepatitis C virus and are hoping for clinical trials to test their new methods.

“We’re excited about this and we’re actively moving forward toward clinical trials,” said virology expert Jeffrey Glenn, MD, PhD, associate professor of gastroenterology and hepatology. Stephen Quake, PhD, professor of bioengineering and the other senior author of the paper also collaborated with Glenn for the research.

One of the vital discoveries of the research happens to be utilizing the potential of ‘microfluidic’ technology. The Microfluidic technology is where the microfluidic chips of the size of a coin are used that can take the experiment down to nanoliters. This technology helped researchers determine Clemizole hydrochloride (previously used as anti-itching drug) as a potential drug amongst 1,200 other candidates that were tested upon as a solution to Hepatitis C.

Since the clemizole hydrochloride has already been used by many people, therefore its chances of causing side-effects also seem to be none. “[Clemizole] does have the potential to be part of a cure, because the idea is not to use it on its own but as a cocktail component,” Glenn said.

So now what we only have to do is wait for the drugs to come into our hands and watch one of the deadliest diseases take a beating from one of the finest science and technology developed by humans.