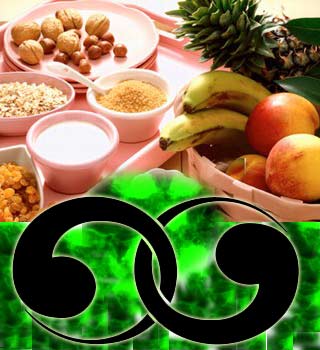 For years on end body weight has been associated with fertility. Now a gene that links the regulation of both appetite and fertility has been discovered by US researchers. The master switch was found in the brain of mice and controls both. Researchers assume it may function in the same way in humans.

The study suggests that both underweight and overweight women may have fertility issues. If we take for example really thin women, it is commonly known that they may have problems getting pregnant. Researchers at the Salk University of Biological Studies reveal that variations in the gene TORC1 may contribute a genetic component to obesity and infertility.

TORC1 is a gene that behaves like a “master switch” by switching off food intake and allowing pregnancy. The gene may have given an evolutionary advantage by prohibiting women from getting pregnant in times of food scarcity.

“This gene is crucial to the daisy chain of signals that run between body fat and the brain. It likely plays a pivotal role in how much we, as humans, eat and whether we have offspring. Leptin tells the brain that times are good, your body is full, and that it is not necessary to eat more at the moment.” mentioned, Marc Montminy, Ph.D., a professor in the Clayton Foundation Laboratories for Peptide Biology, who led the study.

He further added, “Controlling appetite and reproduction together provides a big evolutionary advantage. If there is no food, the brain believes the body should not reproduce because without body fat, a baby’s growth in the womb could be stunted, and without food to replenish the body’s energy reserves, there will be nothing to feed the offspring.”

A hormone called leptin is produced by fat cells in normal conditions when food intake is sufficient. Researchers assert that leptin is responsible for switching on TORC1 which enables reproduction and reduces the appetite. In circumstances when food is short lack of leptin switches off TORC1. This in turn would use a major part of a woman’s energy as her appetite is unchecked resulting in prevention of pregnancy. Leptin thus is known to play a vital role in reproduction as well.

“Leptin works remarkably well to give the brain a good indication of how much food has been eaten; 99.9 percent of the time it balances food intake with energy use,” he said. “The problem is that no machine works 100 percent of the time, and that slight bit of inefficiency can lead to extra body weight,” concluded Montminy.

Researchers involved in the study tried to understand the signals involved in the satiety pathway. This understanding was important as obesity is a result of the brain becoming kind of deaf to leptin signals. They have unwrapped a family of genes that may act as energy switches turning other genes off or on. This study for instance found that mice that lacked the TORC1 gene were grossly overweight and were unable to reproduce.

Until this study, the role of leptin in reproduction was not quite understood. The researchers have also been trying to get a clear picture of the human energy balance. This could explain what goes wrong in the body and leads to obesity, diabetes and other metabolic syndromes. A novel drug could regulate these conditions, reveal researchers.

The findings are published online in the journal Nature Medicine.