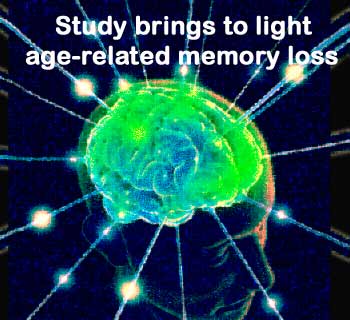 We all may be familiar with the fact that the brain’s ability to process information diminishes with age. Scientists have now identified the way in which the brain does this. A new study sheds light on age-related memory loss associating it with slip in filtering information quickly.

Based on the team’s seminal 2005 discovery which revealed that the brain is incaple of ignoring irrelevant information with age, the new research reasons out the brain’s information processing capabilities as we age. Irrelevant information could be any memory information from identifying a long lost friend in crowded places to remembering the face of a new acquaintance. Known as top down modulation, this is the key to enhancing pertinent information.

Lead author of the study, Adam Gazzaley, MD, PhD, assistant professor of neurology, commented, “The study showed that the brains of older adults have a deficit in suppressing irrelevant information during visual working memory encoding, but only in the first tenth to two tenths of a second of visual processing.”

Through mental training exercises and medications, the study should help researchers explore techniques to improve the function of the brain in a healthy aging population. Using electroencephalography (EEG) that measures the speed of neural processing, the team tried to analyse the relationship between the inhibitory deficit hypothesis of normal aging and another leading hypothesis that shows the brain’s ability to process information quickly, diminishes. The theory states that if we do imagine our brain to be a conveyer belt of moving information, any delay in processing later information will disrupt memory formation.

In the new study, researchers were surprised to find the both brain processes namely the ability to ignore irrevalant information and the capacity to process information faster decreased with age. The two were in fact working in tandem. An inference was drawn that the brains ability to remember information for a brief period of time could apparently be overwhelmed by the interference of irrelevant information.

Though the researchers are still unaware of the cause for the actual breakdown in inhibition and processing speeds, they do know that as we age, the structure of the neuron cells, the density of the neural tissue and the actions of neurochemicals acting on the cells undergo certain changes. These variations are known to be subtle in healthy aging brain, but for those with mild cognitive impairment and the more severe form of impairment, such as Alzheimer’s disease, they are substantial.

The study fuels the efforts put in by the researchers to improve the working of the brain by finding an association between these changes in inhibition and processing speed.

The study is reported in the current online early edition of Proceedings of the National Academy of Sciences.