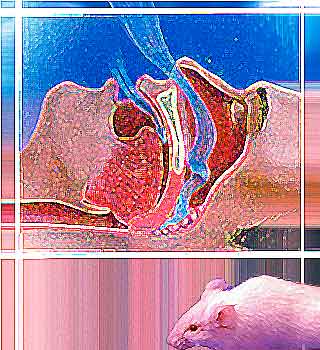 A common problem for men with sleep apnea is erectile dysfunction(ED). Yes it is a part of the package. A latest research in this field however indicates that ED of this form is treatable. The main reason being it is caused by regular deprivation of oxygen experienced during these episodes of obstructed breathing.

Dr. David Gozal, professor of pediatrics at the University of Louisville, remarked, “Even relatively short periods of CIH … are associated with significant effects on sexual activity and erectile function.”

“Although this study was performed in research animals, chronic intermittent hypoxia has profound effects on multiple organ systems and a strong biologic plausibility exists that similar findings will be observed in humans. Early identification and effective therapy of OSA is critically important, especially considering the high prevalence of this disorder”, mentioned John Heffner, past president of the American Thoracic Society.

As part of the study researchers analysed mice with one week of CIH. The results revealed a 55% decline in their spontaneous erections. An average 60-fold increase in the length of time between mice attempts at mating was observed after five weeks. This was accompanied by a 40-fold increase in the latency to intromission. Additionally the researchers found that on putting the mice back on standard oxygen levels for six weeks led to a recovery of 74% of their original erectile function.

Almost all mice showed close to normal levels of improved erectile and sexual functioning by a second treatment using tadalafil. A generic Cialis, tadalafil is known to increase the availability of nitric oxide. The researchers claim that there was no significant difference in the levels of testosterone or other factors linked to erectile function in mice exposed to CIH for 8 weeks.

As PDE inhibitors were found to reduce apnea related ED in mice, they are also hopeful this treatment applies to humans as well. Though the condition may persist, the mouse research brings to light that the drug may restore oxygen and thus sexual functioning.

The research is published in the second September 2008 issue of the American Journal of Respiratory and Critical Care Medicine.