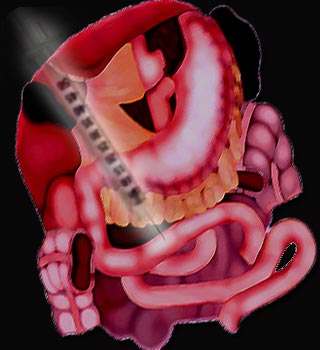 For quite some time gastric bypass was considered as the last option for severely obese people, especially those with diabetes. But a new research puts some serious questions to this lifesaving surgery. Conducted by researchers at the University of California, the novel study claims that people with diabetes and those with large stomach pouches have lower chances of losing weight after gastric bypass surgery.

Led by Dr. Guilherme Campos, director of the Bariatric Surgery Program at the University of California, San Francisco, the study introduces some curious wrinkles in the successful evidence of gastric surgery. The researchers discovered that not everyone who undergo the surgery, in which the stomach is surgically shrunk, allowing less food to be eaten, have tremendous success. The main reasons being diabetes and a large paunch.

The study authors mentioned, “When performed in high-volume centers and with a low rate of complications, gastric bypass provides sustained and meaningful weight loss, significant improvements in quality of life, improvement or resolution of obesity-associated co-morbidities, and extended life span. However, 5 percent to 15 percent of patients do not lose weight successfully, despite perceived precise surgical technique and regular follow-up.”

As part of the study the researchers analysed data from more than 300 gastric bypass patients. The team defined poor weight loss as losing 40% or less of excess body weight after one year and good weight loss as losing more than 40% of excess body weight. Participants were examined after adjusting for factors that included age, sex, race and insurance status.

The researchers followed up the 310 people who had gone under the knife for a period of 12 months. With a starting body mass index of 52 (a BMI of 40 or more is considered morbidly obese), the study revealed that the participants lost an average of 60% of excess body weight, and had an average BMI of 34. Interestingly 38 patients that are about 12.3% had poor weight loss. The smaller weight loss was associated to diabetes and a larger pouch by researchers.

Several factors contribute to the struggle in losing weight for diabetics. These include insulin and other drugs as they stimulate fat and cholesterol production. A need for more insulin is triggered by a vicious cycle of eating to aid treatment, causing weight gain. Additionally, according to the researchers a proper stomach pouch size is a critical part of gastric bypass surgery, but many surgeons estimate pouch size using anatomical landmarks rather than using a sizing balloon.

However the study authors pointed out that careful monitoring of diet and physician-directed adjustments to diabetes medications can increase the effectiveness of the surgery and consequently the chances for success.

The September issue of the journal Archives of Surgery has published this study.

Cause of Migraines: Health Tip