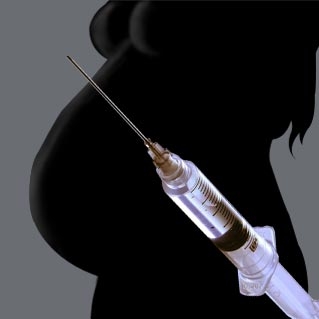 A study led by researchers at the Johns Hopkins Bloomberg School of Public Health reveals that administering vaccines to mothers during pregnancy also protects newborns from a seasonal flu.

Conducted in Bangladesh, the study shows that a flu shot provided to a woman during her pregnancy can help shield her newborn against the potentially deadly infection. This strengthens longstanding US recommendations that pregnant women must get vaccinated against influenza, especially since it is also advised that infants under 6 months of age must not receive the shot.

Led by Dr. Mark C. Steinhoff, of Johns Hopkins University’s Bloomberg School of Public Health, in Baltimore, the team of researchers revealed that influenza infection in mothers during pregnancy does not affect the mother alone. They assert that it poses health risks for the offspring as well including fetal malformation and even infant death.

The authors wrote, “Our data show that a single dose of maternal influenza vaccine provides a considerable two-for-one benefit to both mothers and their young infants. In other words, five pregnant women would need to be vaccinated to prevent a single case of respiratory illness with fever in a mother or infant.”

In order to find whether antibodies stimulated by a flu vaccine given to the mother protect her baby, researchers tracked the health of a group of 340 Bangladeshi mother-infant pairs during 2004-2005. While some women had taken the vaccination, others had not. For the initial 24 weeks post delivery the group tracked levels of respiratory illness among both moms and babies. Infants were also not given the flu shot in the course of this time.

Experts at the U.S. Centers for Disease Control and Prevention have recommended pregnant women to get a flu shot for more than a decade. The vaccine is also recommended for infants between 6 and 24 months of age. It is not recommended for younger babies. In spite of this few expectant mothers in the United States currently receive the flu shot.

Considering the upsides of getting a flu shot, the formulation and availability of the upcoming 2008-2009 seasonal flu vaccine will be discussed in a press conference scheduled for Sept. 24 by the CDC and other federal health experts.

The online Sept 17th issue of the New England Journal of Medicine has published this study.