Thanks to studies the researchers are conducting, a lot of common health issues that deserve serious attention are been brought to light. The latest one from the University Of Utah School Of Medicine, Salt Lake City is particularly the one on women’s pelvic health that has revealed the most common disorder amongst women – Incontinence. 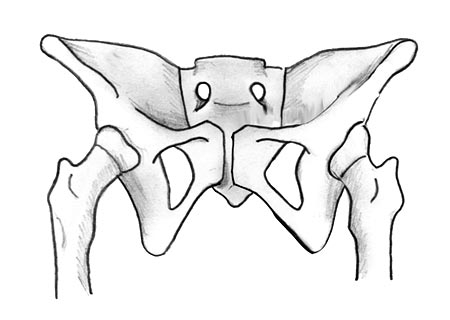 Most women do not report their recurring incontinence to their doctors either out of embarrassment or due to the pre-conceived notion that there can be no remedy to this. However, as the study reveals, incontinence is just not an issue about the sudden loss of one’s control over their bladder. Instead it is the most common case of the pelvic floor disorder.

“This study showed that pelvic floor disorders are exceedingly common in women in the United States,” said the study’s lead author, Dr. Ingrid Nygaard, a professor in the division of urogynecology and pelvic reconstructive surgery in the department of obstetrics and gynecology at the University Of Utah School Of Medicine.

The number of women who were studied upon were 2,000; above the age of 20. They were studied via the 2005-06 National Health and Nutrition Examination Survey. It has been found that the a 23.7 percent of the women experience atleast on of the pelvic floor disorders out of the urinary, fecal incontinence and pelvic organ prolapse. The statistics show that atleast 16 percent of the women experienced urinary incontinence while 9 percent suffered from the fecal one while the 2.9 percent faced the pelvic organ prolapse.

Apparently, as women get older the chances of pelvic floor disorder increase and so does happen in the women soon after they experience pregnancy. Also the factors determining the disorder are being overweight or obese.

“The most important thing women need to realize is that they’re not alone. Pelvic floor disorders aren’t dangerous and are treatable,” said Nygaard.

Dr. Victor Nitti, vice chairman of urology at New York University Langone Medical Center, advises that if women who face symptoms that hint at any of the aforementioned types of pelvic floor should definitely report it to their doctors because all the types are absolutely treatable, especially in the early stages.