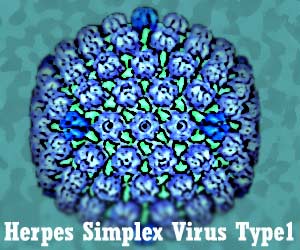 Japan’s Sumo wrestlers it appears are fighting an enemy far greater than their opponents. Scientists have recently revealed that these wrestlers are highly prone to contract a virulent strain of the herpes skin virus.

Infamous in the general population for unsightly cold sores and sore throats, the herpes simplex virus type 1 is known to cause a skin disease called scrumpox or Herpes gladiatorum that spreads through physical contact mainly through broken skin. The viral skin condition is common and more extreme among participants of contact sports like rugby and wrestlers and judo with the latest victims as sumo wrestlers in Japan.

As part of the research, experts analyzed 39 sumo wrestlers in Tokyo who were infected with scrumpox between 1989 and 1994. The blood samples of these players were tested. The tests showed that though some of the wrestlers had contracted the condition only once, in some of them the skin disease was recurred several times.

Kazuo Yanagi, Led author of the study, of the National Institute of Infectious Diseases in Tokyo, mentions, “Two of the wrestlers died as a result of their infections, so cases like this do need to be investigated. This research will aid future studies on herpes and may help identify herpes genes that are involved in recurrence and spread of disease”

The team of researchers asserts that the H. gladiatorum was transmitted by other wrestlers in the stable called hayas where they live and train together. The main reason of the recurrence of this condition is a variant of HSV1-1 called BgKL, which reactivates, spreads more efficiently and causes more severe symptoms than other strains. Symptoms of the skin condition also recur because the virus supposedly hides in nerve cells for a long time before suddenly leaping out.

Scrumpox causes painful pathogen-filled blisters on the face and the neck that are capable of damaging the skin. Other symptoms include fever, headaches and an infection of the lymph nodes.

A warning has been issued by researchers particularly after the death of two sumo wrestlers in Japan. They are hopeful that the research may help in the development of better medication to stop the disease from spreading.

These findings are published in the Journal of General Virology.