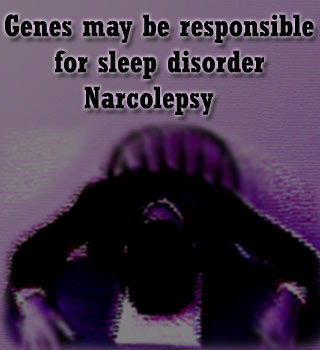 The sleep disorder narcolepsy is a very mysterious condition as there is not much background about it. Japanese scientists may have just demystified the secrets of what’s going on in people who are victims of this sleep disorder.

According to researchers from the University of Tokyo, the new study brings to light a genetic variant that shows a strong association with high risks of the sleep disorder, narcolepsy. The disease results in extreme daytime sleepiness that can cause someone to doze off anytime, anywhere – in the middle of a conversation or even behind the car wheel. The dangerous condition also causes sudden muscle weakness.

Led by Katsushi Tokunaga, the researchers remarked, “We hope that the discovery of the present susceptibility gene(s) might contribute to the establishment of novel therapeutic approaches.”

“The findings are very interesting but preliminary – the exact function of the genes has been largely determined in mice, which may not necessarily translate to human biology. This suggests that they as individuals may be more susceptible to the development of narcolepsy, but in no way explains why others develop the disease and why some of those carrying the abnormal allele (variant) don’t”, mentions UK sleep specialist Dr Renata Riha, from Edinburgh’s Royal Infirmary.

The scientist found that the condition can be linked to genes that are otherwise involved in controlling sleep. The team examined the genetic make up of hundreds of volunteers, some with the sleep disorder and some without. Two genes CPT1B and CHKB were found to be key players. Strongly involved in the development of this condition, both genes were singled out as they are known to regulate sleep.

To their surprise, they discovered that Japanese people have 79% higher chance of narcolepsy while people of other ethnic groups have a 40% increased chance. If the researchers are to be believed the condition has a strong evidence of running in families. Though the cause of this disorder is still quite unclear scientists would like to believe that a chemical called hypocretin plays a very important part. The apparent shortage of this chemical disturbs the signals it sends to the brain about sleeping and waking up.

While current treatments lay emphasis on the symptoms of narcolepsy, the researchers of this study believe that better understanding of the genes could open new paths that should unravel the underlying mechanisms responsible, namely what in particular causes the shortage of hypocretin.