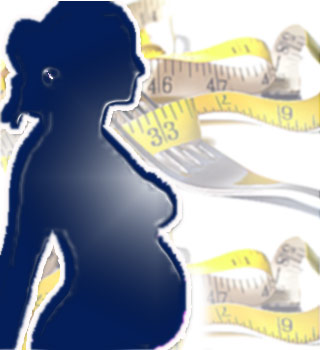 Dieting has become a fad these days. Women especially are obsessed with different ways of shedding those extra pounds-one of them following a strict diet. A new study however finds that women who have a history of dieting or other restricted eating habits are highly susceptible to gaining weight during their pregnancy.

The work of researchers from the University of North Carolina at Chapel Hill, the study indicates that though surprising, it is in fact true that women who have a history of restrained eating patterns are actually those who experience excessive weight gain during pregnancy.

The Institute Of Medicine recommends a weight gain of 28 to 40 pounds if women are underweight, 25 to 35 pounds if normal weight, 15 to 25 pounds if overweight, and at least 15 pounds if obese.

Co-author Anna Maria Siega-Riz, PhD, RD, mentioned, “During pregnancy, it would be useful to target these women with similar nutritional and physical activity strategies in order to avoid excessive weight gain and adverse pregnancy outcomes such as Caesarean sections, Macrosomia, and large-for-gestational age [LGA], as well as shorter duration of breast-feeding and higher weight retention in the postpartum period.”

In order to find a link between a history of preconception dieting practices and restrained eating to higher weight gains in pregnancy, the researchers enrolled more than 1200 women in the study. The scientists also wanted to determine if this differed by prepregnancy BMI status. The women were required to complete a questionnaire that assessed their behaviors associated with restrained eating patterns such as a history of dieting, concern about eating too much food and weight fluctuations. The questionnaires mainly focused on the participant’s preconceived habits.

The researchers reveal that women in the normal, overweight and obese categories with a history of dieting and restricted eating habits showed weight gain much above the Institute of Medicine’s recommended weight. On the contrary underweight women gained weight much below the recommendations in comparison to women who did not follow any form of diet.

According to experts, excessive gestational weight gain is a cause for concern as it is linked with a number of adverse problems like postpartum weight retention gestational diabetes mellitus, cesarean sections, large-for-gestational age, and breastfeeding duration.

The study is published in the American Dietetic Association.