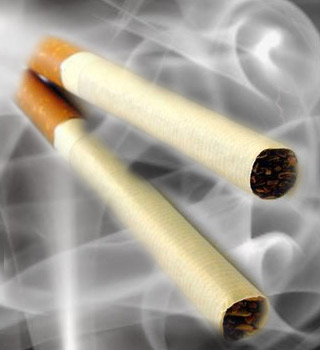 The hazards associated with smoking are not unknown. Yet it doesn’t quite stop those addicted to the cancer stick from puffing away in glory. Well a new Finnish report now shows that heavy smokers are putting themselves up for serious health conditions as compared to men who have never smoked.

The research led by Dr. Arto Y. Strandberg of the University Of Helsinki, Finland suggests that not do non-smokers lead a longer life as against their smoking counterparts, but they also have a more qualitative life. That’s right! Smoking it appears deteriorates the quality of life as well.

The authors quote, “In all, the results presented here are troubling for those who were smoking more than 20 cigarettes daily 26 years earlier; in spite of the 68.9 percent cessation rate during follow-up, 44.1 percent of the originally heavy smokers had died, and those who survived to the mean age of 73 years had a significantly lower physical health-related quality of life than never-smokers.”

The research looked at 1,658 white men born between 1919 and 1934 with identical socioeconomic status. These men were first medically assessed in 1974 and were found to be healthy. At the beginning of the study, they were analysis evaluated for cardiovascular risks and smoking habits. In around 2000, the participants were interrogated via mail about their current smoking habits along with health and quality of life. In the 26 year study, nearly 372 patients had already died.

Quality of life measures in smokers were found to be really bleak in two categories namely physical functioning and role limitations caused by health issues. Every cigarette consumed per day seemed to increase the rate of health deterioration. The researchers further warn that even participants who quit smoking between the 26 year follow-up period faced strong after-effects of initial smoking status on mortality and the quality of life in old age.

On the contrary, for non-smokers the study reveals that the life expectancy is increased by an average of 10 years longer. In comparison to heavy smokers, namely those who smoked more than 20 cigarettes per day, non-smokers scored the best on all fronts health-related-quality-of-life-measures. These destructive health consequences were nearly the same for moderate smokers too.

The study features in the October 13 issue of JAMA’s Archives journal- Archives of Internal Medicine.