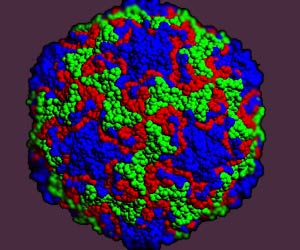 Sneezing, coughing, a running nose – all these could just be a thing of the past. That’s right! Scientists at the University Of Calgary, Canada are a step closer to unraveling the secrets of common cold. They seem to have discovered how and why we suffer from symptoms of common cold like sneezing and a running nose.

Bringing hope to the millions who suffer from cold due to rhinovirus, scientists reveal that the characteristics of cold are not actually brought in by the virus, but due to body’s inability to turn on a defense mechanism against itself. The researchers assert that nearly 50% of common colds are a result of various strains of the human rhinovirus which tends to have a huge effect on the body’s own defenses making them over-react.

Though common cold is almost always a minor infection of the nose and throat, researchers reveal that those who have long-term ill-health could face serious complications due to it.

“The study’s findings are a major step toward more targeted cold prevention and treatment strategies while also serving as a valuable roadmap for the broader respiratory science community. This is the first comprehensive picture to identify several groups of genes that are likely to contribute to the pro-inflammatory and antiviral response,” commented Lead author of the study, Prof David Proud, Department of Physiology and Biophysics at the University of Calgary,

He further added “Rhinovirus is the major cause of the common cold, but it is also an important pathogen in more serious conditions, such as asthma and chronic obstructive pulmonary disease (COPD).”

“Advances in our understanding of the biology of the common cold may eventually lead to improvements in treatment or methods for prevention of colds”, remarked Dr. Ron Turner, of the University of Virginia, one of the study’s authors.

Samples from the noses of nearly 35 volunteers, 17 of whom had been infected with a rhinovirus were taken by researchers. After eight hours of the inoculation, there were still no changes in these samples. However two days in and the researchers were astonished to discover that as against those who were not infected, more than 6,500 altered genes were present in the rhinovirus group. A rather unexpected response to the threat posed to cold, experts assert that altered genes also included those that make anti-viral proteins.

Researchers mention that because of the changes in the anti-viral proteins we get the stuffy blocked nose feeling and also a runny nose as these proteins are primarily responsible in fighting infections and inflammation. In addition, scientists also found those infected with rhinovirus had much higher production levels of a protein that is known to help fight off flu. In comparison to those not infected, the figure was 6.5 times higher. Researchers thus came to a conclusion that when infected with a cold, the body’s tries to fight it in a way identical to the one used to deal flu.

The high-spot of the research was the discovery of viperin, a protein produced by cells of faulty genes. The study showed that cells that had viperin also had more rhinovirus indicating that it could specifically be viperin that is disrupting the rhinovirus’ ability to grow and multiply. Experts associated with the research are now working on a possible treatment for rhinovirus by manipulating viperin.

While present treatment only focuses on relieving you from the symptoms of common cold, researchers are hopeful that this novel research may be help in bringing about new treatment methods for the common cold as they may have understood its cause.

Carried out in collaboration with scientists at the University of Virginia and Procter & Gamble, which makes over-the-counter cold treatments, the research is published in the American Journal of Respiratory and Critical Care Medicine.