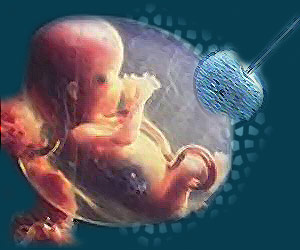 British scientists have come with a new test to screen embryos called as the genetic MoT. Hailed as the universal test, researchers claim that the groundbreaking test will be able to screen nearly all inherited genetic disorders. This test should specially come as a relief to couples undergoing IVF treatment.

Costing around £1,500 and developed by Professor Alan Handyside, the novel method to screen embryos is expected to hit medical stores early next year after it gets an approval. Led by Professor Handyside, a team of scientists at the Hammersmith Hospital in West London were successful in coming up with a process that will help parents detect early on if their babies are at risk of gene defects.

Prof Handyside mentioned, “We are still validating it, but it is going to be a revolution if it works out. It makes genetic screening very much more straightforward.”

The revolutionary process creates embryos by IVF along with removal of a single cell from each when they are two days old. Next a method called karyomapping is used to test the cells before the embryo is implanted in the mother. The test, scientists reveal has been successful in identifying multiple genetic variations. In combination, the test has the potential to show risks of diabetes, heart diseases and cancer.

Researchers also assert that the test has an added benefit. It may help those couples who face fertility issues as it can improve the chances of pregnancy. By giving a choice to pick up embryos that stand best of growing and developing normally, the test may actually a blessing for infertile couples.

However the test is likely to face certain hurdles before it gets an approval and license from regulator Human Fertilisation and Embryology Authority. It is likely to widen the scope of creating designer babies, thus bringing up an ethical debate. It also has certain privacy issues associated with it. The test along with revealing sensitive health information about children like an embryo’s future chances of conditions like Alzheimer’s disease, heart disease or breast cancer, will also violate regulations of genetic privacy. So health experts should be able to identify mutations that cause serious disorders like cystic fibrosis, muscular dystrophy and Huntington’s disease.

As of now the test has been able to identify only two percent of the 15,000 known genetic conditions. This is mainly because the results can take weeks to process.