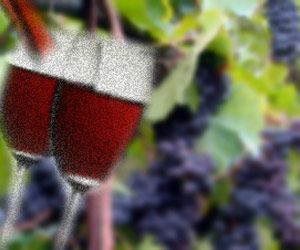 Ever given a thought to the hazards your daily glass of red wine could spill? Hazards, red wine – in case you think it’s a weird association, think again! Researchers part of a novel study give the high sign that just one glass of wine a day may lay you open to potentially dangerous levels of metals related to cancer, heart attacks and Parkinson’s disease.

“If you have a THQ of more than one then you should be concerned. In the past we have seen seafood contaminated with mercury with a THQ level of 20. But here we were seeing levels up to 300. It was astonishing and it gives cause for concern. Excess intake of metal ions is credited with pathological events such as Parkinson’s disease,” remarked study author, Professor Declan Naughton.

He further adds, “In addition to neurological problems, these ions are also believed to enhance oxidative damage, a key component of chronic inflammatory disease which is a suggested initiator cancer.”

Equipped with an innovative technique called target hazard quotient (THQ) developed by American scientists, experts at the Kingston University in London measured the risks faced by regular drinkers of wine. The tool indicated clearly the vulnerability of regular wine drinkers keeping in mind the known safe upper dose for each metal. Researchers suggest that certain wines (red or white) may have high levels of naturally occurring metals like copper, zinc, nickel, chromium, manganese and vanadium.

Examination included nearly 100 bottles of wines from 16 countries. These bottles were checked for levels of metal ions or charged atoms that naturally occur in the soil and are absorbed by growing vines. While the highest levels of contamination were found in wines from Hungary and Slovakia, French wines were third on the list. The researchers assert that only wines from Argentina, Brazil and Italy come minus the health hazards. Otherwise wines from Austria, Spain, Germany, Portugal, Greece, Czech, Jordan, Macedonia and Serbia were also under the scanner.

The researchers thus reveal that the health benefits of consuming red wine or any wine for that matter could be overshadowed by the risks they pose due to their ion metal content. While antioxidant chemicals in red wine are known to fight oxygen damage to cells, metal ions promote this oxidative process, thus counteracting the health benefits of drinking wine.

Even as researchers suggest more study on this subject, the wine industry and Britain’s food watchdog urge drinkers not to panic. If they are to be believed then the metal ions are within the safety levels and THQ they reveal is simply exaggerating the risks by assuming that all pollutants in food or drink enter the bloodstream. Researchers however stand by their word and suggest that older or infirm drinkers were more vulnerable to contaminants and hence need to be extra careful.

Published in the Chemistry Central Journal, researchers associated with the study are now suggesting labels to indicate the levels of the metal in the wine along with removal of hazardous metals during production.