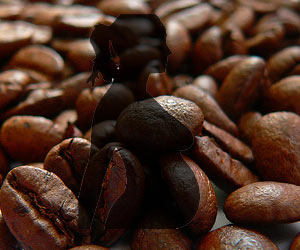 Pregnant women who enjoy that extra dose of coffee need to watch out. A novel study by researchers at the Leicester and Leeds universities have found that mothers who consume food high in caffeine have increased chances of giving birth to under weight babies.

Caffeine is a key ingredient of coffee and is also found in tea, cola, chocolate, cocoa, and certain prescription drugs. Researchers reveal that women who are pregnant or even wish to get pregnant should take in no more than 200mg of coffee a day. That’s just about two average sized cups of instant coffee.

Led by Dr Justin Konje, the research looked at about 2645 low risk pregnant women around 30 years old and between 8-12 weeks of pregnancy. These participants were taken from two large teaching hospitals in the UK between September 2003 and June 2006. Based on this data, researchers tried to associate maternal caffeine intake and individual caffeine metabolism to birth weight.

Following this research, the Food Standards Agency (FSA) has lowered its guidelines for coffee intake and suggests that pregnant women should not drink more than two cups of coffee or four cups of tea.

Health problems like heart disease and diabetes are known to be common among children who have low weight at birth.

The study will be published in the British Medical Journal this week.