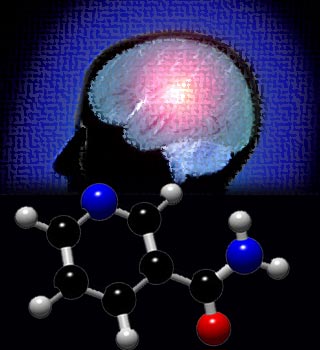 If researchers from the University of California at Irvine are to be believed then vitamin B3 may help protect the brain from Alzheimer’s disease along with boosting memory in healthy people. Vitamin B3 is a common nutrient found in found in meat, fish and potatoes.

According to Dr Kim Green, who led the study, “Nicotinamide has a very robust effect on neurons. It prevents loss of cognition in mice with Alzheimer’s disease, and the beauty of it is we already are moving forward with a clinical trial.”

“This suggests that not only is it good for Alzheimer’s disease, but if normal people take it, some aspects of their memory might improve”, added co-author Professor Frank LaFerla.

Also dubbed as nicotinamide, vitamin B3 is already known to aid people with diabetes complications and certain anti-inflammatory qualities. Researchers found that mice that were given drinking water added with the vitamin showed significantly lower levels of a particular protein called phosphorylated tau associated with Alzheimer. The mice were bred to develop a version of Alzheimer’s disease.

Testing the levels of certain chemicals associated with the Alzheimer suggests that abnormal deposits of phosphorylated tau leads to the brain damage which can eventually progress to affect people with Alzheimer’s. Equipped with ‘water mazes’, experts found some proof that increase in Vitamin 3 levels not only showed memory improvement in Alzheimer’s mice but also mice who were unaffected. In addition to this the animals also performed better at memory tests.

The study is published in the Journal of Neuroscience.