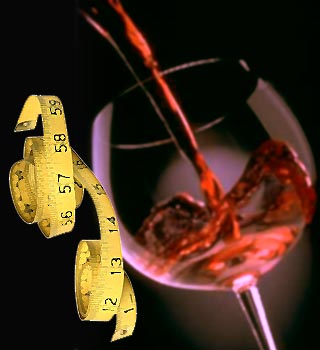 People particularly women are more health conscious than ever. Everyone seems to be in the race to get slim and trim. We may just have another contender in this never ending and oh so competing market of anti-obesity drugs. Developed by boffins from the University of Louis Pasteur, a novel drug called SRT1720 apparently tricks the body into losing weight.

According to the French scientists the drug works perfectly fine even if you are on a high fat diet. Successfully tested on mice, the researchers reveal that the drug is a chemical cousin of red wine extract Resveratrol. The latter is known to affect the protein SIRT1 to supposedly fight against ageing.

Professor Stephen Bloom, researcher of obesity at Imperial College London, revealed, “This sounds interesting but is terribly early. We do need new treatments for obesity, particularly as there are 1,000 deaths a week in the UK from obesity.”

“Research in this area is to be welcomed as an additional route of combating the obesity epidemic and associated comorbid disease,” added Prof Ian Broom, of the Centre for Obesity Research and Epidemiology at The Robert Gordon University.

Experts associated with the study took keen interest in the role of the SIRT1 protein after they found earlier studies significantly linked Resveratrol cut off the effects of a high-calorie diet through SIRT1. However close analysis suggests the human body may need almost thousand liters of wine to get the same beneficial effects. The researchers hence worked towards creating a drug that would particularly spot SIRT1.

For the research, scientists put the mice on a diet high with calories for nearly 10 weeks. To their surprise, the research showed that administering SRT1720 to mice in low doses protected the mice from putting on weight. Not only was the drug successful in protecting the mice against weight gain but the drug also provided insulin resistance. The researchers found that normally when energy levels are low, the body shifts to a fat-burning mode. And that’s exactly what the drug does; it functions by moving the metabolism to a fat-burning mode leading to weight loss.

The researchers believe that high doses of the drug can lead to complete prevention of weight gain. By improving the blood sugar tolerance and insulin sensitivity in mice, it also indicates towards keeping diabetes at bay. With practically no side effects, scientists are now planning to conduct further studies that may help test the drug’s safety and efficacy before applying it in human trials.

With nearly a quarter of men and one-third women overweight in the UK, obesity experts recommend that drug treatments must be accompanied by lifestyle changes.

The study is published in the latest issue of the Cell Metabolism journal.