Impulse control area in the brain of teens or young adults is said to be vulnerable for alcoholism. This has prompted researchers to probe deeper into this problem in search of suitable answers. 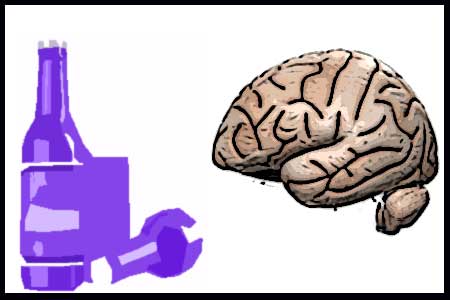 According to Dr. Shirley Hill, Ph.D., professor of psychiatry, University Of Pittsburgh School Of Medicine, the size of the right orbitofrontal cortex (OFC), the area which is involved in regulating emotional processing and impulsive behavior of the brain, is smaller in teenagers and young adults who have several relatives that are alcohol dependant. They believe that genetic factors are responsible for size variations in various regions of the brain. This is partly held responsible for increased vulnerability towards alcohol.

The University Of Pittsburgh School Of Medicine is considered as one of the nation’s leading medical schools. This university ranked sixth out of more than 3000, and thus was awarded the grant for their research from the National Institute on Alcohol Abuse and Alcoholism.

Dr. Hill and her team’s research were published in the early online version of Biological Psychiatry. They experimented on 63 subjects, suggesting a genetic inclination. These particular subjects were chosen because they had some or the other relative who was alcohol-dependent. 44 other students were also selected, who had no close relatives who were dependent on drugs or alcohol. As suspected those who had alcohol dependent relatives were more prone to have reduced volume of the OFC.

The researchers using magnetic resonance imaging imaged the brains of 107 teens and young adults. They also examined the alterations in certain genes of the subjects. In order to measure the youngster’s impulsive inclination, the subjects had to undergo a supervised questionnaire.
Dr. Hill said, “We are beginning to understand how genetic factors can lead to structural brain changes that may make people more vulnerable to alcoholism. These results also support our earlier findings of reduced volume of other brain regions in high-risk kids.” It is believed that these differences can be noticed even before the at-risk offspring starts drinking excessively, adding that, “leading us to conclude that they are predisposing factors in the cause of this disease, rather than a consequence of it.”

On close scrutiny of the 5-HTT and BDNF genes, the researchers found certain alternatives that in turn led to greater impulsiveness in the subjects.