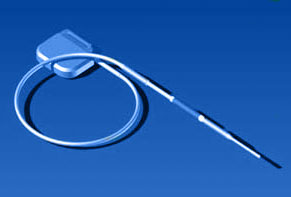 According to a new research presented at the American Heart Association’s Scientific Sessions 2008, the surplus energy produced by heartbeats can be used to power the pacemakers and defibrillators implanted in patients.

In an experiment, the micro-generator, self energizing implantable medical microsystem (SIMM), was powered by heart beats generated almost 17% of the energy required to activate a pacemaker.

Consultant Electrophysiologist at Southampton University Hospital in the United Kingdom and also the first author of the study, Paul Roberts said that, “This was a proof-of-concept study, and we proved the concept. Harvesting surplus energy might be a major transition in implantable pacemakers and defibrillators because engineers will have more energy to work with.”

Pacemakers and defibrillators have changed and saved the lives of many people suffering from heart diseases. In order to modernize and add more monitoring capabilities to these devices will require an increase in their size and weight, which in turn will make the heart patients uncomfortable, since it is placed or implanted under their skin. Roberts says, “The small devices now are really very good, but power consumption must increase if we want to take them to the next level. Battery technology has plateaued and the only way we are going to increase power is to increase size.”

Companies like InVivo Technology, Perpetuum and Zarlink Semiconductor developed and tested this micro-generator with the aid of UK government funds. The researchers are trying to improve and better the materials used in this particular generator. About this Roberts says, “With different materials, we’re seeing even greater energy harvesting. While at the moment we see about 20 percent harvesting, we’re anticipating that will be significantly more in the next iteration of the device.”

SIMM micro-generator aids the heart to produce surplus energy with each beat to pump blood. This device uses two compressible bladders and a micro-generator. They are fixed on the pacemakers lead. This lead is then attached to the end of the right ventricle, and the bladders transfer the energy produced from each heartbeat to the generator, which then in turn converts it into electricity which runs the pacemaker.

Roberts also says that, “What this might mean is that in the next era of pacemakers, you’d get devices that lasted significantly longer and we could add more functions to help monitor the heart. It’s possible they could be efficient enough to allow complete and indefinite powering of pacemakers.”

The findings of the researchers include that; at a heart rate of 80 beats per minute (bpm), this particular device produces an average energy of 4.3 micro joules per cardiac cycle. Increase in heart rate increases the accumulated energy as well. However when heart beat or blood pressure is manually slowed down or reduced respectively by the researchers, a decrease in energy is noticed. Artificial implantation of this device does not harm the patient’s heart lining.

The SIMM micro-generators are said to produce a long lasting, smaller and a more advanced implantable device.

Launch of Red Book announced for mobile and web